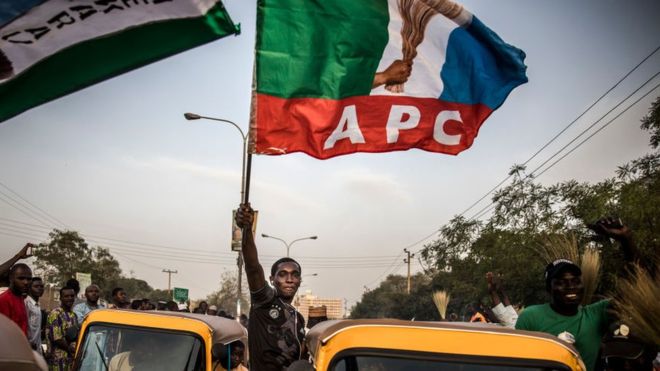 By Emmanuel Mogbede
Abuja, Aug. 23, 2020 The Ekiti All Progressives Congress (APC), United Kingdom chapter has appealed to stakeholders to collaborate with Gov. Kayode Fayemi towards the development of the state.

The chapter’s chairman, Dr Lee Badeji, made the appeal in a statement issued to newsmen on Sunday in Abuja.

He added that the infighting among party members in the state was not necessary, stressing that there was the need for unity, if the state must remain relevant in the political arena ahead of the 2023 elections.

Badeji, however, noted that the political infighting in the state chapter, was not unconnected with the internal quibble among its stakeholders.

According to him, such atmosphere does not speak well for a political family, adding that there is need to forge a common political front.

This, he said, was critical to engender unity among politicians in the state, for the common good of all Ekiti at home and in the diaspora.

He added that as a leader, he was already working round the clock to unify all warring parties within the party in the state.

“My peace initiative is solely due to my position as the chairman of the state’s party in the UK to preach peace and unity among all leaders at home.

“I therefore call on all other party leaders in the state, including those who had left for one reason or the other, to allow for reconciliation and long lasting peace to reign.

“As the 2023 politicking commences in earnest, the role of Ekiti State is very pivotal in shaping the next electioneering in the country.

“However, we must put our house in order to be able to make meaningful and valuable impact in the months ahead,” he said.

Badeji noted the contributions of other political leaders in the state to forestall and sustain progress in the interest of all.

He added that such party leaders had over time provided good leadership at several points in their political sojourn in the state, saying that their contributions could not be undermined.

According to him, the individual contributions of such leaders had positively impacted the overall wellness of the residents.

“I am ready and willing to work with all in the overall interest of Ekiti.

“Truth remains Gov. Fayemi may not be perfect, no one is, and just like everyone too, Dr Badeji is no exception. But as human, I learn from my mistakes, make the necessary adjustment and move on.

“The same way can be said of the incumbent Gov. Fayemi, he is a man that learns from his mistakes and always willing to learn and listen to the opinions of others,” he said.

Badeji lauded the state party leaders and commended their efforts so far, at ensuring that the interest of the people remained paramount.

Mr Olusegun Agbalajobi, had also in a statement, commended Badeji for his peace initiative, saying that he was a true son of Ekiti and a good leader that should be emulated.

“I appreciate the mediation you have undertaken without any push from anyone. I am ready and willing to work with you in the overall interest of Ekiti,” the statement quoted Agbalajobi as saying.