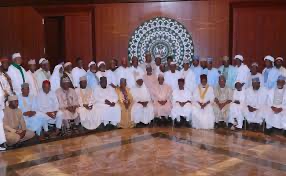 By Hussaina Yakubu
Kaduna, Aug. 22, 2020 The Supreme Council for Shari’ah in Nigeria, has berated the Nigerian Bar Association (NBA) for allegedly taking side in the Southern Kaduna crisis.

Secretary General of the Council, Nafi’u Baba-Ahmad, said in a statement issued on Saturday in Kaduna, while reacting to the removal of Gov. Nasiru El-Rufai as speaker at the NBA forthcoming conference.

“For, clearly it has already taken side in the Southern Kaduna crises, contrary to its members training and what it loudly preaches, without listening to the narrative from the other side.

“This clearly, lowly narrow political and religious sentiments have beclouded the judgment of the leadership of the NBA, forgetting the most basic principle of their training and that its members cut across all sides of the divide.”

The Shari’ah Council added that “for the association to have taken side in a conflict in such a blatantly pedestrian manner is demeaning of its status,”

It stressed that farmers and herders’ conflict was a phenomenon ravaging the entire country, adding that it
expected the NBA to constructively engage the government and all parties towards resolving the crisis and not take side.