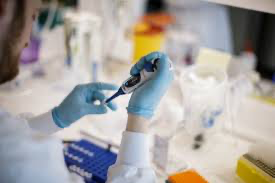 Geneva (Switzerland), Aug. 19, 2020 (dpa/Naija247news) A UN-led initiative to speed up the development of COVID-19 vaccines and medications is facing a massive funding gap, according to the World Health Organisation (WHO).

The project, known as the Access to COVID-19 Tools Accelerator (ACT), has received 2.5 billion dollars in pledges, a WHO spokeswoman in Geneva told dpa.

The UN health agency estimates that 31.3 billion dollars is needed to fund ACT over an initial period of 12 months.

The initiative, which was launched at a Brussels donor conference in May, advocates for the fair distribution of future vaccines and medications to developing as well as developed countries.

ACT involves major philanthropic health funds such as the Bill and Melinda Gates Foundation, Gavi, the Vaccine Alliance and the Britain-based Wellcome Trust.

Schmutte also criticised countries that have negotiated individually with pharmaceutical companies to pre-order vaccines that are still in development, including Germany, the U.S., and Switzerland.

“This could create hurdles for a fair and needs-based distribution of vaccines,” Schmutte told dpa.

“We need to prevent vaccine nationalism,” WHO chief Tedros Adhanom Ghebreyesus said on Tuesday in Geneva, stressing that the first shipments of vaccines must be available to at-risk people everywhere, not just in a few countries.