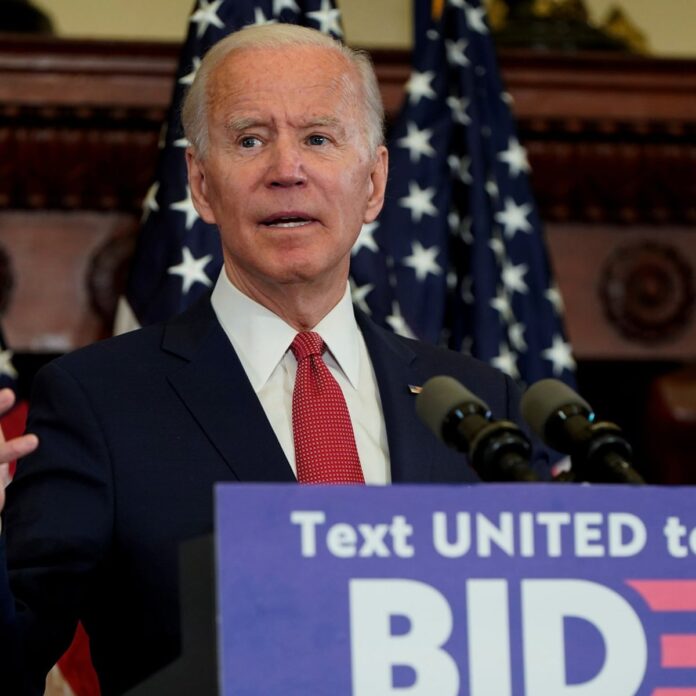 Joe, whose nomination came on the second day of the party’s virtual National Convention on Tuesday night, will face incumbent President Donald Trump in the race for the White House.

The candidate immediately reacted to the development in a Twitter post in which he accepted the party’s decision.

“It is the honor of my life to accept the Democratic Party’s nomination for President of the United States of America,” he said.

“Thank you very very much. From the bottom of my heart.

“Thank you all. It means the world to me and my family, and I’ll see you all on Thursday,” Biden, a former vice president, said over video-link, upon the completion of counting of delegates.

Biden will make an acceptance speech on Thursday, the last day of the mostly-online Democratic National Convention.

As a formality, each state and U.S. territory cast votes for Biden and his Democratic rival, left-wing stalwart Senator Bernie Sanders, who himself had endorsed the former vice president in a lengthy speech the night before, indicating the party was united facing Trump, a Republican.

The second day of the convention continued a theme of the first, stressing messages of embracing diversity, including presenting a broad swath of ethnicities, races and sexual identities who support the party.

It also saw more Republicans jump party lines to get behind Biden.

As a formality, each state and US territory cast votes for Biden, often seen as a moderate, and his main Democratic rival, Senator Bernie Sanders, a left-wing stalwart.

Sanders had endorsed the former vice president in a lengthy speech the night before, indicating the party was united facing Trump, a Republican. The mood in the party was a stark contrast to a sense of divisiveness in 2016.

The second night of the convention focused more on Biden as a person, including a segment about his relationship with his wife Jill. The couple married more than 40 years ago, after Biden’s first wife and daughter were killed in a car crash.

Jill Biden, who is now a key adviser to her husband but has a doctorate in education, gave the night’s keynote speech from a school, as the country struggles to figure out how to get children back to classrooms amid the coronavirus pandemic.

She said in her speech that “love and understanding” were the keys to healing a nation struggling with the virus and severe social fault lines.

The attacks on Trump, meanwhile, continued unabated. A slew of former national security officials and former secretary of state John Kerry all signalled they viewed the incumbent as a threat to the nation, or at least someone unable or unwilling to defend the country.

“If you want a president who defines the job as spending hours a day watching TV and zapping people on social media, he’s your man,” Clinton said of the White House incumbent.

The party put a spotlight on apparent future leaders, including Sanders protege Alexandria Ocasio-Cortez, a member of Congress from New York who at 30 is the same age Biden was when he first joined the Senate.

At a briefing ahead of his convention address, Kerry said that under Trump the US “is not the leader of the free world.”

“The American people are in greater risk because of the presidency of Donald Trump,” the former secretary of state said.

His comments echoed the opening night of the convention on Monday, when the party sought to present itself as the direct opposite of the Republican president.

Former first lady Michelle Obama said in a keynote speech that “chaos, division, and a total and utter lack of empathy” defined the current administration, amid a high death toll from the pandemic, elevated unemployment and growing outrage over racial injustice.

Former president Barack Obama, the country’s first black president, is due to speak on Wednesday, the same night that Harris will accept her historic nomination.

Polling shows Biden ahead of Trump nationally, amid anger over the president’s handling of the pandemic, though the main races to watch will be in swing states.

Trump was visiting several of those states, including Arizona on Tuesday, as the Democrats hold their gathering.

The Republican Party convention starts on August 24 and has also been pared back.