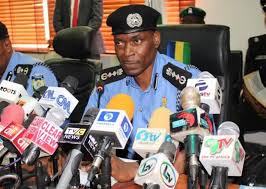 By Aminu Garko
Minna, Aug.18, 2020 The Police Command in Niger has confirmed the killing of a foreign national by suspected bandits, who was abducted together with a Nigerian between Yankila and Regina villages in Rafi Local Government Area of the state.

The News Agency of Nigeria ( NAN) reports that the Command had earlier confirmed their abduction.

Mr Adamu Usman, the Commissioner of Police, told newsmen in Minna on Tuesday, that corpse of the victim was recovered by the police in a bush in Pangu Gari, Gunna district of Rafi local government area.

He said the corpse had been conveyed by the police to Minna General Hospital for autopsy, while investigation is in progress.

Usman solicited the support of rural dwellers in volunteering information that would aid in apprehending the bandits and rescue of the Nigerian still in the kidnappers custody.

Usman said that the victims were handling the rehabilation of the bad portion of the federal road in the area when they were abducted.

“They have not informed the command of their operations in the state. We only knew their presence in the state due to this incident”, he said.