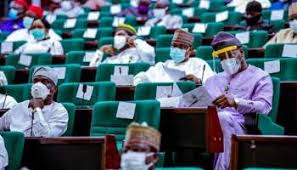 By EricJames Ochigbo
Abuja, Aug. 18, 2020 The House of Representatives Committee on Insurance and Actuarial on Tuesday, began investigations into the N180.9 million insurance premium allegedly paid for the failed Satellite 1 project launched in 2011.

The committee is also investigating the Satellite 1-R project for which Nigeria obtained $500 million loan from China.

The Chairman of the Committee, Rep Darlington Nwokocha demanded that NigComsat must submit all documents on insurance transactions on the project within seven days.

Nwokocha raised concerns over alleged irregularities surrounding the unilateral appointment of the insurance brokers without recorded due process.

According to the chairman, the committee’s investigation is premised on six petitions written by concerned Nigerians within the insurance industry.

The rep said that the investigative hearing was aimed at unravelling issues bothering on infractions, impunity perpetuated by the operator who allegedly influenced the contract.

He said that the committee was also interested in revealing all financial recklessness entrenched in the multi million dollar satellite contract.

He said that the Chinese partners nominated the UK based insurance firm to insure NigComsat 2, which was launched in 2014.

Also, the Managing Director of Fasahal Insurance company, one of the insurance companies, Mr. Frederic Adejo affirmed that he was not a chattered Broker.

He disclosed that NigComSat introduced him to the Lead Insurance firm.

On his part, the Managing Director of A & G Insurance company, Mr. Abiola Ajibowu, informed the committee that all relevant documents required had been transmitted.

According to him, the only evidence of the contract is the policy document, which contains the value of the asset, premium paid and the period of the insurance policy.

The lawmakers demanded for bank statements on all the transactions and the schedule insurance policy.