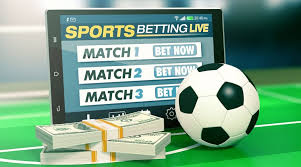 By Adekunle Williams
Ikeja, Aug. 14, 2020 The Lagos State House of Assembly says a bill that will make operators of lottery, pools and betting in the state to pay N20 million as licence fees to the state government is underway.

The Speaker of the House, Mr Mudashiru Obasa, made this known at a public hearing on the bill in Lagos on Friday.

Obasa, represented by the Deputy Speaker, Wasiu Sanni-Eshinlokun, explained that the new bill, when it becomes law, would consolidate all the laws in the sector.

“In addition, before a license is granted to an operator, the authority shall be satisfied that the applicant is a registered company in Nigeria with a minimum share capital of N20 million or as may be directed by the authority.

“The bill also specified that the local content shareholder shall abide by the regulations, policies, terms and conditions issued by the authority,” he said.

The speaker said to achieve the essence of democracy, the legislature must be in tune with the people.

He said this underscores the essence of public hearing as the worldwide gaming was worth $200 billion, saying several Nigerians are now involved in games and sports bettings.

Obasa said the addictive nature calls for caution, hence the need for an amendment of the 2008 lottery law as the bulk of the game were done on mobile gadgets.

The state Commissioner for Finance, Dr Rabiu Olowo, said that a lot had changed in the Nigerian gaming sector in the last 10 years and most of the people involved were youths.

“The future of gaming in Nigeria is bright. The regulations are very robust. So the bill addresses cyber security and addresses the concerns of many people. I want to urge all stakeholders to take it serious,” he said.

The Chairman, House Committee on Finance, Mr Rotimi Olowo, said in an interview that he was moved by the response of the stakeholders and the operators that attended the hearing.

Olowo, representing Shomolu Constituency I, added that the bill was meant to consolidate, gaming and virtual lottery in the state.

“We have different licences for individual products in the sector. The people have ventilated their opinions and we will work on them.

“They are talking about service charge of three per cent, and they say it is small, but the sector is huge. We are not talking about digging into their data, but they should give us correct data,” he said.

The lawmaker said that the bill would help the state to gather enough money that would be used in the health sector, environment and even sports sector.

Olowo said that the money was not coming into the consolidated fund of the state, adding that it was meant to take care of the welfare of the citizenry.

The lawmaker explained that the bill had 109 sections with three regulations.

“It has about 109 sections and each of the sections is not talking about the same thing; some talk about lottery, gaming and others.

“We want to have all the laws in one place, so we will look at their positions and work on it.

“The issue of N20 million will be looked into by the regulators. We will look at the socio-economic reality and allow sanity into that sector.

“Some funny guys who are into yahoo come into the business, and some of them are involved in money laundering. Many Nigerians want to come into the sector, but they don’t have the wherewithal.

“So, we will not protect foreigners to the detriment of Nigerians. We can reduce the percentage, not that somebody who has the money will just come into it and we will allow Nigerians to suffer,” he said.

Olowo said that the state would be going into virtual gaming and that this has a lot of potentials for the people of Lagos.

He said that they would make sure that this did not deter investors or discourage residents of the state.

One of the stakeholders, Mr Adebagun Nojeem, from Lagos Pool Promoters, requested that the stakeholders in the gaming sector should be involved in the state’s Lottery Board.

He also suggested that the issue of N20 million share capital should be looked into.

“The issue of N20 million share capital should be looked into. It would have retroactive effect on the companies that have been registered.

“Pool is a game of the senior citizens. With the new capital base, we may go under.

Also speaking, Mr Tokunbo Akande from the Lagos Internal Revenue Service (LIRS), said licensing fees or royalties should be used in the bill instead of taxes and that there should be rooms for dispute resolutions in the bill.

On his part, Mr Niyi Adekunle from Grand Lotto, said that the first licence fee for lottery was issued in 2008 for N200 million, which he said was a huge amount.

Adekunle noted that a lot of people that applied for licences had passed away, and that the licence should be changed to reflect the universal license.

“A lot of people are restricted to just one form of lottery. The Lottery Board should be focused on the spending of lottery. People might do lottery not just for winning, but for some other activities.

“For instance, we could say the money spent on buying lottery ticket is for research on COVID-19,” he said.

Mr Chima Onwuka from the Nigerian Licences Lottery Operators said the taxation and levies imposed were becoming multiple, and called for the elimination of multiple taxation.

He said that the investors and operators were in the business to make money.

Also, Mr Clement Okoli from Betway Nigeria, advised that the House committee to relate with the regulators and operators for inputs before the bill is passed into law.

Emmanuel said in sports betting, almost every product was licensed separately, and the one licence should cover the whole business.