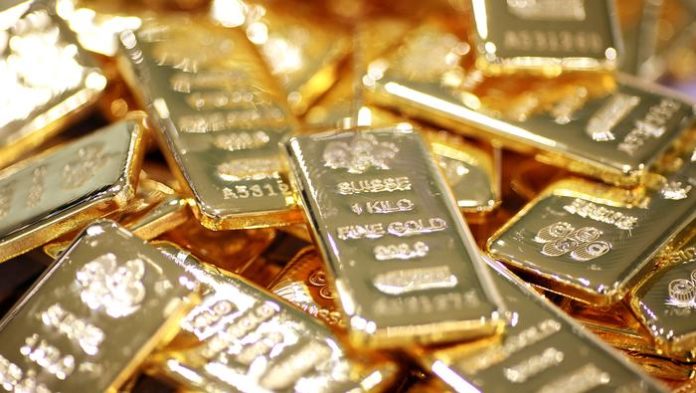 Gold futures ended lower Friday, pulling back after two straight days of gains, with prices registering their first weekly loss in 10 weeks on the back of recent strength in U.S. Treasury yields.

The week began with gold trading in record territory, but will end with “several factors weighing on the price of gold,” including hopes for a COVID-19 vaccine and a rise in Treasury yields, said Chris Gaffney, president of World Markets at TIAA Bank. Higher yields in government debt have been attributed to some of the softness in the gold, which doesn’t offer a yield.

The 10-year Treasury note yield TMUBMUSD10Y on Thursday touched its highest in eight weeks. In Friday dealings, it was trading at 0.693% compared with 0.562% last Friday.

“The ‘cost of carry’ of gold is negative in the current environment as investors are not sacrificing interest to carry hard assets such as gold,” Gaffney told MarketWatch.

December gold GCZ20 GC00 retreated $20.60, or nearly 1.1%, to settle at $1,949.80 an ounce, after climbing 1.1% on Thursday. Gold prices saw a weekly decline of about 3.9%, based on the most-active contract’s settlement last Friday, which snapped a nine-week win streak, according to FactSet data. On Tuesday, futures prices suffered the biggest daily dollar decline since April 15, 2013.

“After experiencing an intense session of profit-taking earlier in the week…the precious metal is trading back above $1,950,” he said.

“Investors still remain attracted towards the precious metal thanks to U.S.-China tensions, the U.S. stimulus stalemate and an unloved U.S. dollar.” 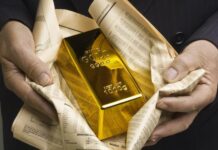 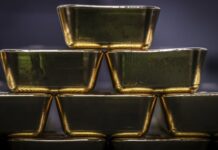 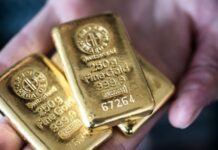 Gold rises but set for first monthly decline in five