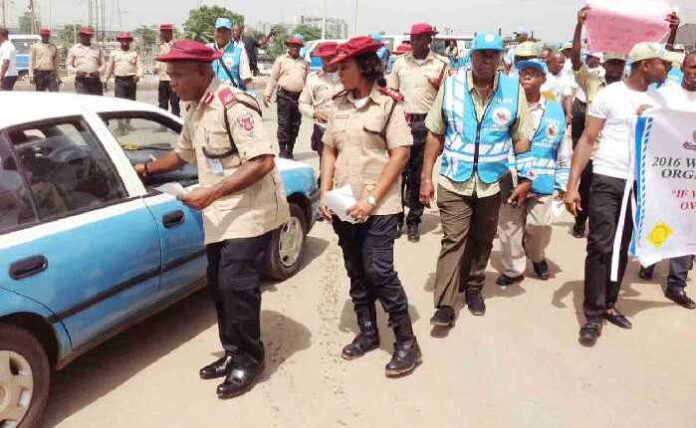 By Ibironke Ariyo
Abuja, Aug. 12, 2020 The Federal Road Safety Corps (FRSC) said on Wednesday that it had arrested 129 articulated vehicles and convicted 40 offenders in a special exercise tagged “Operation Scorpion II”, within two days.
FRSC Corps Marshal, Dr Boboye Oyeyemi, gave the figures while addressing newsmen in Abuja, adding that operation scorpion II was targeted at trucks with unlatched containers.
Naija247news reports that the exercise became necessary to prevent accidents, as a result of falling containers.
NAN also reports that the inspections were carried out at the corridors of Ogun, Lagos and Oyo States.
Oyeyemi noted that the operation was also aimed at tackling the menace of road traffic accidents, caused by unlatched containers on trucks and articulated vehicles.
“The Operation Scorpion II is about enforcing the law that says all trucks carrying containers are latched before plying the road.
“We are all aware of what happened on July 26 in Lagos, where a young lady lost her life as a result of unlatched container falling on a vehicle from a truck.
“So, I instructed that we start Operation Scorpion II, which began on Monday and we have got a lot of results from this.
“Within the last two days, we have arrested about 129 articulated vehicles and about 60 per cent of these vehicles were flatbeds.
“So far so good, no fewer than 40 offenders have been convicted,” he said.
The FRSC chief noted that part of the things the Corps were aiming at was to get the owners of the articulated vehicles, adding that the owners must also be punished.
According to him, if the minimum safety standard is not complied with, I think the owners of these cargoes also deserve punishment and we have presented the punishment to various courts.
“The punishment is for them to pay their appropriate fines and ensure they latch these containers before they hit the road for their journeys.
“If you observe the crashes that are involved with articulated vehicles such as tankers, trailers and trucks that are carrying containers, most of these vehicles are aged trucks.
“Articulated vehicles that are not supposed to be on the road again are seen on the roads.
“Of recent, we have seen the increase in falling containers. This is worrisome and that is why the Operation Scorpion II was launched, ” he said.
Oyeyemi stated that the corps had met with the Nigerian Ports Authority (NPA) on how to enforce the minimum safety standards for container-laden trucks, operating at the ports and on Nigeria’s highways.
He noted that the FRSC and NPA had concluded on series of solutions, adding that a Memorandum of Understanding (MOU) signed by the two agencies would be fully implemented.
“We have learnt that NPA ensures that all containers are appropriately latched onto the vehicles before exiting the ports, but the drivers unlatch them shortly after leaving the NPA facilities.
“Therefore, all trucks going into the ports would be duly inspected and certified road worthy before doing business, instead of the current practice whereby inspection is based on the request of the fleet operators.
“We must draw a line in respect of these fallen containers, broken down articulated vehicles, flat tyres and frequent lawlessness on the highways.
“We will ensure that all the flatbed articulated vehicles carrying containers must be properly latched from the port.
“We are now going to have joint surveillance, to ensure that on exit from the port, they do not unlatch these containers. This will make the drivers to be more safety conscious,” he said.
Oyeyemi stated that part of the solutions drafted were to also retrain the drivers, noting that the resting time for drivers was inadequate, as they spent three to four days on the road, thus becoming tired.
We will ensure all the owners of articulated vehicles have at least two drivers, so that one can help when the other is tired.
“It is a safety precautions we would implement,” he said.
FRSC had launched Operation Scorpion in 2015 and by the time it concluded its activities, 3,560 articulated vehicles were arrested, impounded and prosecuted. 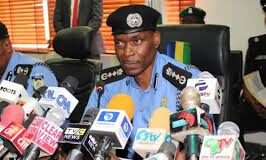