By Ifeoma Aka
Enugu, Aug. 10, 2020 The Old Girls’ Association of Queens School, Enugu has handed over a staff room block it renovated to the school authorities as its COVID-19 palliative preparatory to the resumption of schools.

Handing over the office to the Principal of the school, Mrs Ada Nweke, the President of the association, Mrs Margaret Nwagbo, said the project was done to give the teachers and other members of staff a sense of belonging.

Nwagbo said that the group was dissatisfied with the deplorable condition of the office and the lack of amenities.

She said that the association had carried out several projects in the school, including equipping the library, renovating the dining hall and hostels.
She said that aside from mentoring the students, the group also upgraded the school field and assisted it with sets of computers.

Nwagbo thanked Gov. Ifeanyi Ugwuanyi for his numerous assistance to the school, adding that they hoped for more government’s intervention in infrastructure development.

She also paid special tribute to the Chairman, Post Primary Schools Management Board (PPSMB), Mr Nestor Ezeme, the principal and teachers for their love and care for the students.

In her response, the principal thanked the association for undertaking to repair the staff room, in spite of the COVID-19 pandemic.

Nweke, who also represented the PPSMB chairman, appealed to the group not to relent in its efforts to return the school to its pride of place. 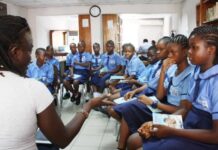 Nigeria@60: Appraising the gains of the unity schools 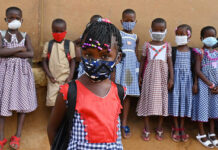 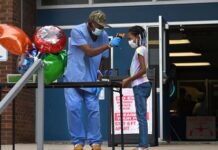