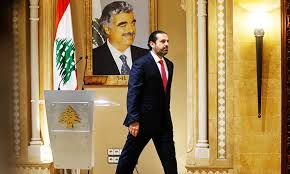 Lebanon’s government has stepped down as Prime Minister Hassan Diab blamed endemic corruption for a devastating explosion last week that tore through the capital.

President Michel Aoun accepted Diab’s resignation on Monday and asked the government to stay on in a caretaker capacity until a new cabinet was formed.

Tensions have been boiling over in the country following the massive explosion at Beirut’s port that killed some 200 people and wounded 6,000 others, according to the latest tally.

“This crime” was a result of corruption that is “bigger than the state”, Diab said in a televised statement, adding that he was taking “a step back” so he could stand with the people “and

fight the battle for change alongside them”.