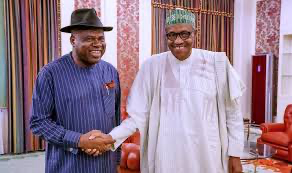 Obua, who represents Ogbia Federal Constituency, noted that the project was coming 64 years after the discovery of crude oil in commercial quantities in Ogbia Local Government Area of Bayelsa.

The News Agency of Nigeria (NAN) recalls that the project was recently launched by the Minister of State for Petroleum Resources, Chief Timipre Sylva, with the inauguration of key project committees and setting up of delivery timelines.

The lawmaker in a statement issued on Monday and made available to NAN in Yenagoa, also commended Sylva for driving the project alongside key institutions.

He listed the institutions as the Nigerian Content Development and Monitoring Board (NCDMB), Petroleum Technology Development Fund (PTDF), Shell Petroleum and Development Company (SPDC) and the Bayelsa Government.

Obua noted that the deliberate timeline for the project which included eight months pre construction activities and 36 months for construction, further underscored the seriousness of the Buhari administration to deliver it in good time.

He particularly thanked Gov. Douye Diri for his support for the project by agreeing to provide the enabling environment for its success and sustenance as well as 10 per cent of the project cost.

The lawmaker pointed out that the governor’s commitment was a clear indication of his interest in developing the state which he had placed far and above parochial and partisan considerations.

He expressed delight over the prospects of the historic project, adding that it would promote tourism in the state, create job opportunities for the people, attract foreign investments and preserve the heritage and developments in the oil and gas sector.

He explained that the Oloibiri Oil and Gas Museum and Research Centre, would equally give the people a sense of fulfilment, having yearned for it for over three decades and considering the general level of development that would envelop the area, especially communities within that axis.

According to him, as the lawmaker representing the area in the Green Chamber, the project is one of the things he promised to pursue during his campaigns, adding that he sponsored a bill to that effect which was overwhelmingly supported.

He disclosed that what was left was to hold public hearings which would afford stakeholders the opportunity to make input after which it would be passed by the house and signed into law.

“Last week, the Federal Government made good its intention for the people of Bayelsa and the Niger Delta with the approval for the establishment of an Oil and Gas Museum and Research Centre in Oloibiri.

“This landmark project which has been on the drawing board for over three decades will change the lives of the people of Oloibiri and Ogbia in general.

“It will not only stimulate the economy of the state and Nigeria, it will attract an unprecedented level of development in the area,’’ he said.

The lawmaker appealed to President Buhari to also approve the construction of a dual carriageway from Yenagoa that would pass through Oloibiri and link the Ogbia/Nembe road.

He noted that the road leading to the proposed site of the museum was currently in a deplorable state and as such not befitting. 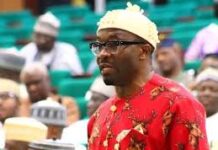 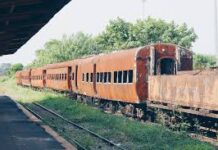 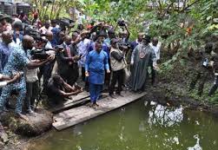