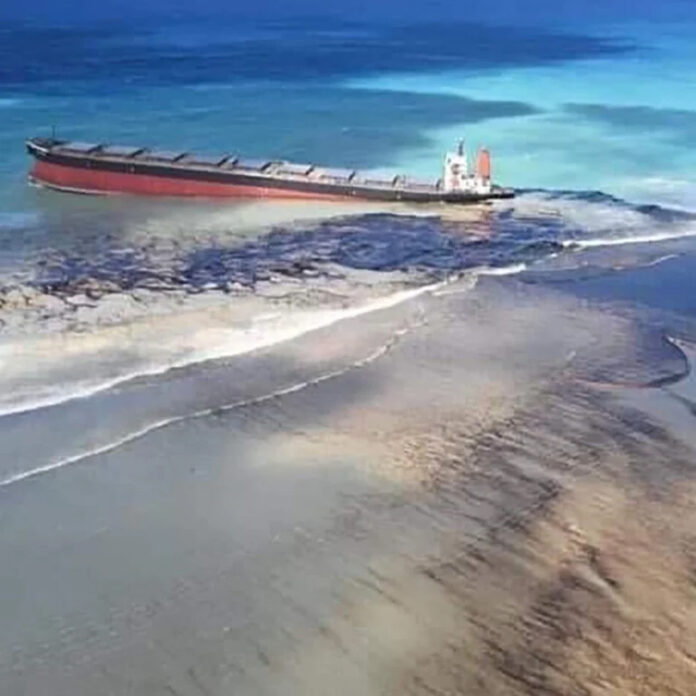 Tokyo/Nairobi, Aug. 10, 2020 The Japanese Oil Company, on Monday, said it was pumping the remaining oil out of a freighter that ran aground near Mauritius, trying to minimise the damage from a devastating oil spill.

According to a statement by the company, Nagashiki Shipping, two tankers together with tugboats and helicopters are pumping out the oil still on board the ship to prevent further spillage damaging the marine environment.

The freighter Wakashio ran aground in July off the coast of the popular tourist island, off the Eastern African coast, but only began leaking oil lately.

According to the owner, the ship was transporting 4,000 tons of oil, of which more than 1,000 tons have spilled into the sea.

According to activists, the oil spill could have devastating consequences for the environment.