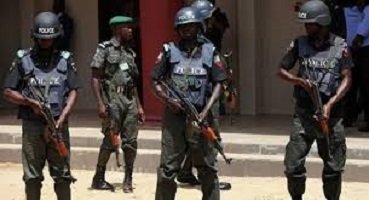 Ajah (Lagos State), Aug.9, 2020 Residents of New Era Estate in Ajah, Lagos State, have called on the Lagos State Government to rescue them from invasion by hoodlums and armed robbers

Some of the residents told newsmen in Lagos on Sunday that the security challenges were becoming more severe and frightening.

Mr Bukola Onifade, an hotelier and resident, decried the poor response of Eti-osa East Local Council Development Authority (LCDA) to their calls about their challenges from hoodlums.

He attributed the increasing spate of crimes in the area to nonchallance of the government.

“Eti-osa East LCDA has landed property around the estate, but many have been abandoned and now illegally occupied by hoodlums and “area boys”

“There are lots of shanties built on the government abandoned property which have become hideouts for miscreants and sand suppliers.

“Armed robbers, touts, kidnappers and rapists utilise the opportunity, as illegal occupants, to penetrate into the estate to perpetrate evil.

“This has caused unrest to residents of the estate due to increasing threats to their lives, ” he said.

Onifade decried the recent action of the LCDA in demolishing the main gate to the estate.

“It took the landlord association days to erect the gate, but it was pulled down within a twinckle of an eye by officials of the government of Ei-osa East.

Mr Dele Norbert,​ the Chairman of Landlord Association in the estate, called on the Lagos State Government to review its levy imposed on the association for felling trees around the gate to the estate.

Noberts explained that the Lagos State Parks and Gardens Agency imposed a fine on the association for felling government trees at the entrance of the estate.

He, however, said that the trees that were cut down were disturbing the flow of drains along the drainage at the estate gate.

“As part of the development of the estate, we decided to cut down the trees to pave way for the community development projects and for free flow of drains to avoid erosion.

“We never knew those trees were planted by government as they were left unkempt, ” he said.

​ Mrs Awawu Lawal, another resident, said that the main gate was erected to beef up security in the estate by controlling human and vehicular movements in and out of the estate.

“But, it is so sad to see government officials leading a team of people to pull down the millions of naira worth of gate without any prior notice.

“This is not a welcome development. The government is supposed to provide it’s citizens adequate security, not to frustrate their development efforts, ” she said.

Another resident, who preferred anonymity, appealed to the government to support community development initiatives of residents.

“Government should be for the people and not against its people,” he said.

Efforts by NAN to reach the chairman of the LCDA and other officials proved abortive as they keep postponing the appointment dates. 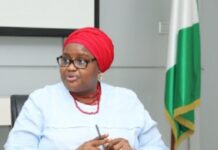 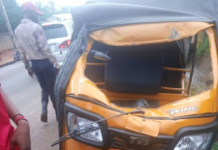 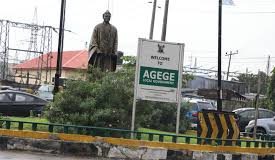