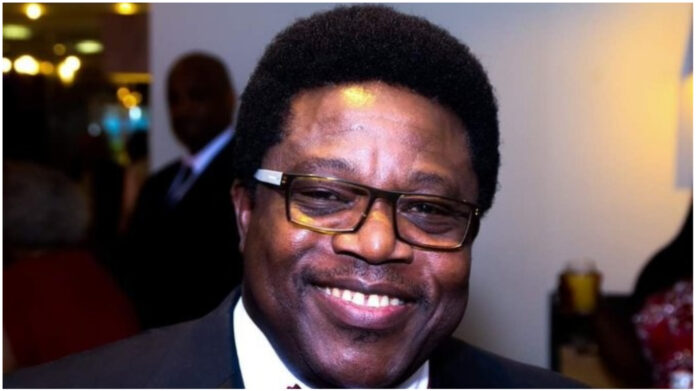 By Emmanuel Mogbede
Abuja, Aug. 9, 2020 The United Kingdom chapter of the All Progressives Congress (APC) has described its late member, Dr Dapo Williams, as a champion who fought many political wars to bring Nigerians in the Diaspora into repute.

Mr Ade Omole, the leader of the chapter, said this in a statement issued on Sunday in Abuja by Mr Jacob Ogunseye, its Publicity Secretary.

Omole also said that the deceased, who died at 61, fought to ensure the unity of Nigerians in the Diaspora and the development of the APC in the UK.

“On behalf of APC UK chapter and with a heavy heart, I would like to announce the passing of Otunba Dapo Williams,

“He was one of the senior members of APC UK chapter and a leader within the Nigerian UK Diaspora community.

He said Williams contributed immensely to the success of various developmental initiatives geared toward bringing Nigerians in the Diaspora into repute.

Omole urged members of the party to condole with the family of the deceased while awaiting the burial arrangements, adding that he would be forever remembered.

He also prayed God to give his family and friends the fortitude to bear the loss and grant his soul eternal rest.

According to the statement, the deceased was also a Board of Trustees (BOT) member of NTTG, United Kingdom

Naija247news reports that Williams, who died in London, was a graduate of University of Salford, University of Cambridge and Harvard Business School.

He was on the frontline of mobilising support from Nigerians in Diaspora to assist the Federal Government’s efforts in battling COVID-19 as a member of the Nigerian Diaspora COVID-19 Eradication Support Group.