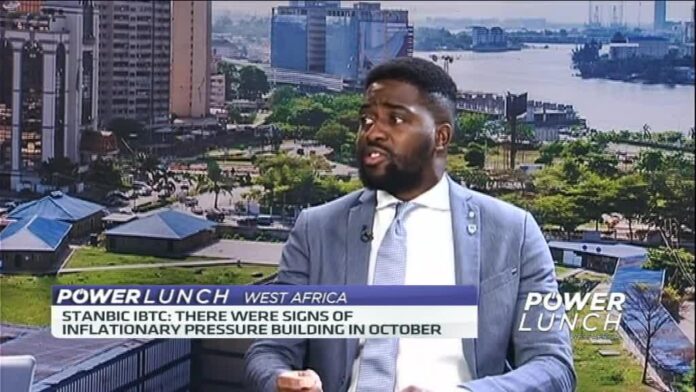 Both business activity and new orders increased, but the severity of the coronavirus disease 2019 (COVID-19) downturn meant that spare capacity remained evident, leading to a further reduction in employment.

The recent surge in prices extended into the second half of the year, with overall input prices rising at the sharpest pace in the survey’s history.

In response, firms also raised their output prices at the fastest rate since the survey began in January 2014.

The headline figure derived from the survey is the Purchasing Managers’ IndexTM (PMI®).

Readings above 50.0 signal an improvement in business conditions on the previous month, while readings below 50.0 show a deterioration.

That said, the reading signalled only a slight improvement in business conditions following a severe downturn due to the COVID-19 pandemic.

Signs of improving demand were central to a strengthening of business conditions. New orders increased for the first time in four months.

Business activity also returned to growth for the first time since March on the back of higher new orders and an easing of the lockdown.

That said, the expansion in July was relatively modest.

Backlogs of work decreased for the second month running, while firms continued to lower their staffing levels. Employment fell for the fourth successive month, but the rate of job cuts softened from June’s record.

The rate of overall input cost inflation was the sharpest in the survey’s history amid an unprecedented rise in purchase prices.

In response to sharply rising cost burdens, companies increased their own selling prices. Moreover, the rate of inflation was the fastest since the survey began in January 2014.

Signs of improving customer demand led companies to expand their purchasing activity and inventory holdings, in both cases for the first time in four months.

Stockbuilding efforts were aided by quicker suppliers’ delivery times, reflecting the removal of restrictions on interstate travel and competition among vendors.

The PMI rose to 50.4 in July from 46.4 in June. Recall the Nigerian government started to ease the Covid-19 containment measures in early May and that has brought about some resumption to economic activities albeit slowly.

The output and new orders sub-index expanded for the first time in 4 months at 52 and 52.5 respectively.

Although we expect business activities in the Nigerian private sector
will continue to improve over the coming months, the overall economy will likely still fall into a recession as some parts of the economy, particularly the services sector will still struggle to recover perhaps until a vaccine is found.

Also, despite the expected quarter-on-quarter growth, the higher base from last year will ensure a year-on-year contraction.

On a negative front, the Employment index remains below the expansion mark of
50 for the fourth consecutive month as companies continue to reduce staffing owing to Covid-19 disruption to economic activities.

This will continue to impact negatively on the demand side of growth as aggregate demand and purchasing power of the consumer will remain under pressure.