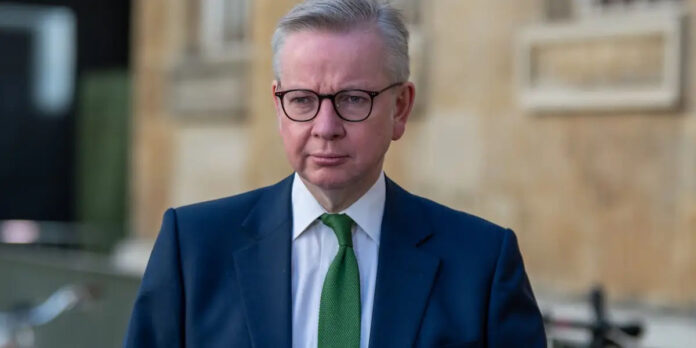 It is aimed at assisting businesses to cope with various regulations when Britain leaves the European Union (EU) Customs union.

The Cabinet Chief Michael Gove, Prime Minister Boris Johnson’s Senior Minister for Brexit, said this in a statement in London.

The Trader Support Service (TSS) is part of a government package worth 650 million pounds (850 million dollars) for Northern Ireland, according to Gove.

Northern Ireland remains part of the United Kingdom but shares an open land border with EU member, Republic of Ireland.

Under Brexit terms, Northern Ireland will continue to follow EU customs rules though it remains part of the British customs territory.

Britain formally left the EU on Jan. 31, after a slim majority voted for Brexit in a 2016 referendum.

About half of the funding is for the service aimed at helping businesses bringing in goods from Britain or the rest of the world, providing guidance, as well as dealing with requirements for moving goods into Northern Ireland.

An initial 50 million pounds is for setting up the service due to be operational from September.

The government said the full contract was worth up to 200 million pounds.

About 300 million pounds of the package announced on Friday is to be used for “investment in reconciliation projects” in both Northern Ireland and the Republic of Ireland as part of the Belfast or Good Friday Agreement, Gove added.

Gove travelled on Friday to Northern Ireland with Brandon Lewis, Secretary of State for the Territory. 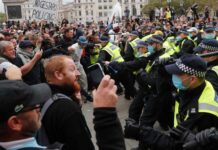 British police seek to break up anti-lockdown protest in London 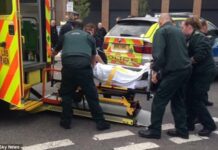 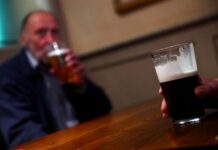 Morgan Stanley says there is a 10% chance of no Brexit