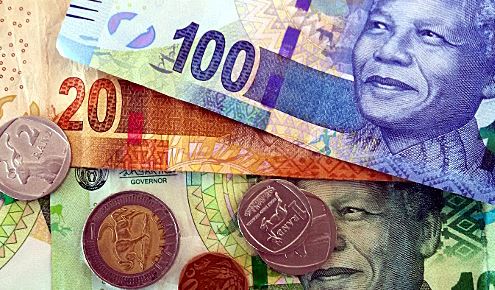 JOHANNESBURG (Reuters) – South Africa’s rand weakened early on Thursday, remaining near two-months lows, as investors continued to worry about the chances of a global economic recovery.

At 0700 GMT, the rand was down 0.32% at 17.3850 per dollar, backtracking again after a brief advance in the previous session, as the dollar fell amid a stalling economic recovery in the United States.

A bleak fiscal backdrop locally has largely been overshadowed by hopes global growth will recover, but that enthusiasm has faded this week as U.S. lawmakers disagreed on an extended stimulus program.

The rand has failed to benefit from the dollar’s decline, though, crashing to its lowest level since early June, with investors sitting on the fence.

The rand’s inability to capitalise on dollar weakness may, at least to some degree, be a function of South Africa’s own risks, said market economists at ETM Analytics in a note.

The country has Africa’s highest number of COVID-19 cases at more than 500,000 infections and was already in a three-quarter economic recession before the pandemic struck. It’s likely to see a slower recovery than its emerging-market peers, reducing demand for the rand.

On Wednesday, the HIS Markit Purchasing Managers’ Index

showed factory activity remained in contraction, a mark of the slow pace of the rebound after strict lockdown was lifted in June.

Heineken Takes on Castel in Ivory Coast for African Growth