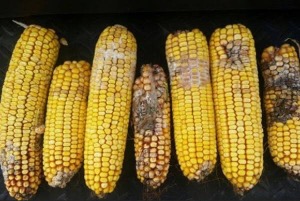 Olawale, a fellow at the Nigerian Agriculture and Extension Liaison Service (NAERLS) made the call in an interview with newsmen on Thursday in Lagos.

NAN reports that Aflatoxins are poisonous carcinogens and mutagens that are produced by certain moulds which grow in soil, decaying vegetation, hay, and grains.

They are a family of toxins produced by certain fungi that are found on agricultural crops such as maize (corn) peanuts, cottonseed, and tree nuts.

The expert said research has shown that the presence of Aflatoxin in locally cultivated maize and its subsequent consumption has led to certain illnesses and early mortality.

“We have to consider the issue of Aflatoxin bacteria found in locally produced maize. It usually affects the maize through the soil.

“An academic research by post-graduate students of the University of Ibadan in an area in Ekiti, discovered that early mortality in the area was closely linked to Aflatoxin bacteria found in corn pap they consume regularly.

“From researches , it has been discovered that the accumulation of Aflatoxin bacteria in local maize can lead to life threatening illnesses and diseases.

“According to the researchers, the Aflatoxin bacteria found in maize do not result in immediate death but the accumulation of it in the body can lead to major illnesses and early mortality in the long run,” the expert said.

Olawale advised local farmers to carefully pick out infected maize cobs and discard them so that people do not get to consume them.

He also called for an upgrade in the standard and quality of locally-grown maize to forestall the reoccurrence of Aflatoxin infections.

“Also in the sorting out of locally produced maize, most of our local farmers usually do not take out the black or brown seeds affected by Aflatoxin in a bid to make more profits.

“Our local farmers should be educated to take out maize cobs infected by the Aflatoxin bacteria in order to improve the quality of the produce they release to the final consumers.

“In cases where the farmers sort out the Aflatoxin infected maize, some of them feed it to poultry and other livestock which when consumed, also negatively affects the animals.

“We need to step up the standard quality of maize grown locally so as to reduce the rate of Aflatoxin bacteria and subsequent illness in humans,” Olawale said.

In addition, he called for more local researches to discover the origin of the bacteria and cub its spread.

“There is a discovery of anti-aflatoxin by the International Institute of Tropical Agriculture (IITA) Ibadan, to reduce the rate of Aflatoxin bacteria infection in locally grown maize.

“My take is that if we have local research to curb Aflatoxin infection of our maize, let us also discover the origin of the disease and educate farmers on it.

“Aflatoxin was not always seen in our locally grown maize, it could have come into existence as a result of the use of herbicides or other chemical additives in the cultivation process. 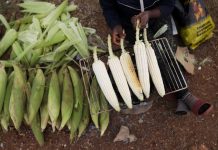 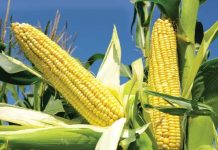