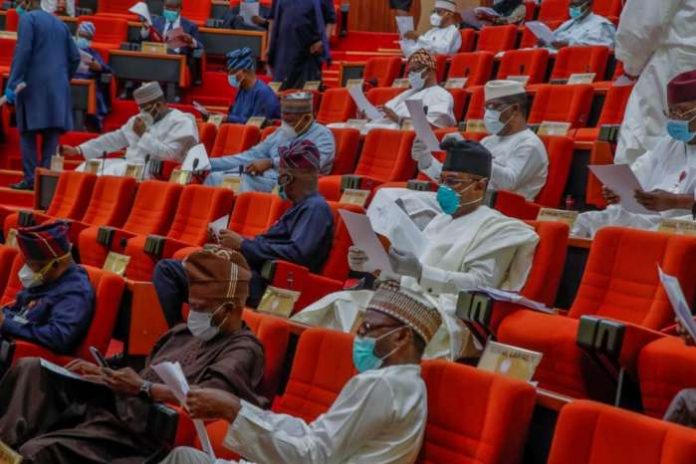 By Nicholas Obisike
Enugu, Aug. 5, 2020 (NAN) The Senate Committee on Science and Technology, has urged state governments to partner with the National Board for Technology Incubation (NBTI) to create job opportunities for teeming youth in the country.

The committee made the call when the members led by its chairman, Mrs Uche Ekwunife paid a courtesy visit to Gov Ifeanyi Ugwuanyi of Enugu State on Wednesday.

The News Agency of Nigeria (NAN) reports that the Federal Government set up the Technology Incubation Programme (TIP) in the 36 states to nurture and grow new and small businesses, products, innovations and entrepreneurs by supporting them through the early stages of development.

Ekwunife stressed the need for enhanced partnership among states, local governments and the agency in nurturing and growing technology-based enterprises for entrepreneurs to develop their businesses.

The senate committee said they were in Enugu for an oversight function in all the NBTI centres in the South East geopolitical zone.

The chairman said the visit to NBTI was aimed at promoting, facilitating and actualising the set objectives of the agency.

She urged the governor to continue his administration’s support to the NBTI Centre in Enugu State to serve as a veritable platform for the government to create more employment for youths and women.

According to her, it will get our restive youths to be sufficiently self-reliant in creating wealth.

Ekwunife added that the National Assembly was impressed with the way the governor had been able to provide the needed qualitative leadership in terms of peace and good governance.

Responding, Gov. Ugwuanyi applauded the committee’s initiative and interest in the Technology Incubation Programme, with regard to its potentials for accelerating Small and Medium Enterprises (SME) development.

He reassured the lawmakers that his administration would partner the Technology Incubation Centre in the state.

”I urge you to lead the high-level advocacy and inspire the necessary legislative actions for optimizing the benefits of the Technology Incubation Programme for employment and wealth creation for Nigerians,” Ugwuanyi said.