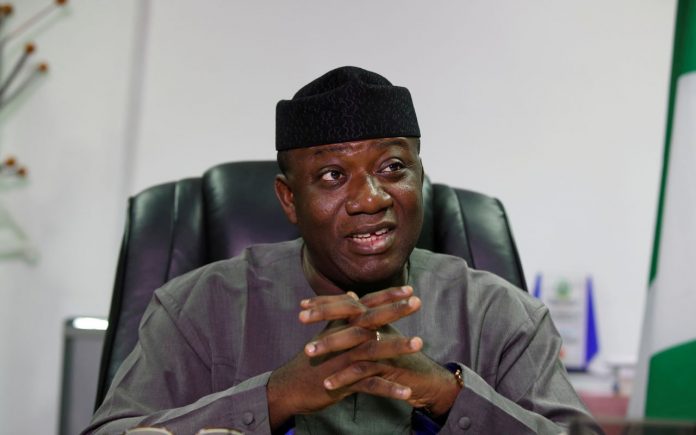 By Ariwodola Idowu
Ado Ekiti, Aug. 5, 2020 Ekiti governor , Dr Kayode Fayemi, on Wednesday during a state broadcast said that only students in SSS3 classes would resume revision classes on Aug.10,due to the prevailing Coronavirus pandemic.

He said that pupils in Junior Secondary School (JSS3) and primary six classes would not be resuming on that date .

Fayemi said that the state was making arrangements for their resumption at a later date.

The governor also directed that random samples of some of the students and teachers who would be resuming on Aug,10 should be taken for testing so as to be able to assess the state’s risk level.

He explained that the directive was part of efforts to ensure that the state does not record a spike in the cases of pupils that might be infected by Coronavirus after school reopening.

Fayemi, who said that his government was desirous of reopening the schools to all the children, added that the state also had an obligation to protect the lives of the children and their teachers against the scourge of COVID-19.

He said that this had become necessary to contain the community transmission of the virus which, he said, manifested in the random tests carried out across the state.

He said if he, as the governor, could contract the virus despite the conscious effort to protect himself and people around him; then COVID-19 is real, and it is no respecter of persons no matter the social status.

“That is why I have always maintained that we cannot be vigilant enough until we have collectively seen the end of this pandemic and the need for us to take extra measures.

“From our experience, we have successfully treated and discharged about 67 cases in Ekiti today while we still have about 83 active cases.

“ So far, we have, regrettably, recorded two deaths which occurred because the two cases were brought in when their situations had gone beyond control.

“You will also notice that we have recorded more cases since last month when I addressed you.

“At the beginning of July, Ekiti had 43 cases, 28 treated and discharged while 13 were active. As at today, Ekiti has recorded 152 cases in all.

“This indicates that we have recorded about 109 new cases since last month, which represents about 254 per cent increase .

“ The increased cases we recorded signify that many people had been infected but were asymptomatic and are now just been discovered through our aggressive testing.

“We must not live under the illusion of invincibility or false security. We must always remain vigilant,” he said.

The governor said that his administration had fumigated all the public schools as part of its readiness to reopen schools for SSS3 students that would be writing their final examinations.

He added that the bushy grasses in the public schools were being cleared so as to ensure the various school environments are clean and conducive for learning.

“ In line with the COVID-19 protocols for school reopening, the state government is supplying the schools with a water dispensing system each, for hand washing.

“The government is also supplying the schools with adequate alcohol-based hand-sanitiser and infrared thermometers.

“ It must, however, be noted that parents are to provide their children with at least two face masks each which as a precondition for admittance into the school premises.

“ Training of some teachers who have been selected as focal persons on how to handle basic health issues cases will also commence.

“Furthermore, we have constituted a team to visit the schools and ensure that everything enumerated in the protocols is strictly adhered to.

“Accordingly, every school will be given a certificate of readiness after inspection before they can reopen.

” In addition, we have also mobilised security personnel and a committee of Parent Teacher Association to enforce the protocols and ensure there are no lapses whatsoever, as we want to ensure the lives of our children and teachers are not in any way at risk”, Fayemi said.

He also said that he had approved that religious centres be opened from Aug. 14, but with a caveat that there should be no multiple services.

The governor also said that services must be concluded within two hours while children below 12 years of age and elderly people above 65 years should not be allowed to attend services or Sallat until further notice.

“ Only Friday Jumat for Muslims, Saturday Sabbath for Adventists and Sunday Services for other Christian denominations are allowed.

“Weekly and vigil services are not to hold in the meantime, while all traditional worships or festivals that demand large gathering of devotees remain suspended until further notice”, the governor said. 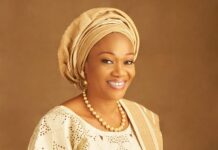 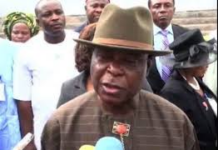 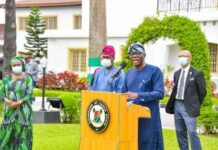 Labour Party dissociates self from CUPP lawsuit against FG

Nothing unusual about lawmakers backing candidates of their choice – Edo...