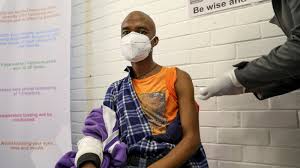 As large trials get underway to test the vaccines needed to stop the global coronavirus pandemic, one group has realized it is being left out and is not happy: people living with HIV.

Several companies pursuing a COVID-19 vaccine—including Moderna, which began giving its candidate to volunteers in a planned 30,000-person efficacy trial on Monday—plan to exclude HIV-positive people because of fears their infection would impair an immunization response. But AIDS activists and researchers argue that most HIV-infected people on antiviral treatment don’t have suppressed immune systems and that leaving them out of tests of the experimental vaccines would be wrong.

An organization of infectious disease researchers sent NIH a similar letter on 29 July. “There is no clinical justification for excluding people with treated, well-controlled HIV from COVID-19 vaccine trials,” the HIV Medicine Association (HIVMA) and its parent group, the Infectious Diseases Society of America, wrote in a letter addressed to Collins, Gustave Perna, chief operating officer of Warp Speed at the Department of Health and Human Services, and Moncef Slaoui, Warp Speed’s chief adviser.

People with HIV are generally not part of the initial safety studies of vaccines, and they have often been excluded from late-stage clinical trials testing a vaccine’s efficacy against a placebo, says AIDS researcher and physician David Hardy, a spokesperson for HIVMA. For example, the first efficacy trials for an older shingles vaccine called Zostavax did not include HIV-positive patients. Instead, a trial was conducted later for just that group so the vaccine would be approved by regulators for such people, which was crucial for most insurers to cover its cost.

But COVID-19 is different because it is a life-threatening pandemic, AIDS activists and scientists say, and the 1.2 million HIV-positive people in the United States and 38 million worldwide with the disease should not have to wait to see whether a vaccine works for them. “With COVID-19, a lot of those rules have to be thrown out the window,” Hardy says.

The groups also argue that patients taking antiviral therapy for their HIV infections are certainly no sicker than some others with conditions such as diabetes and kidney disease. They note that guidance from the U.S. Food and Drug Administration recommends people with such preexisting conditions be included in the COVID-19 vaccine trials.

If there is a concern that HIV-positive people will have a different immune response to a candidate, a 30,000-person trial is large enough to do a subset analysis for this population, Hardy says. Another possible reason for excluding the HIV-infected group is that the cocktail of antiviral drugs they take has been hypothesized to have direct activity against SARS-CoV-2, the viral cause of COVID-19. That could complicate evaluating a vaccine, but Hardy says at least three clinical trials testing HIV drugs in COVID-19 patients found “no evidence to date” that they curbed the coronavirus.

The protesting groups, which only learned about the Moderna exclusion a couple of weeks ago from details of the company’s trial posted on the federal website ClinicalTrials.gov, say they have made some headway. NIH’s National Institute of Allergy and Infectious Diseases (NIAID) has asked Moderna to amend the protocol to include HIV-positive people, according to AIDS Action Baltimore’s Executive Director Lynda Dee. Neither NIAID, which is led by long-time AIDS researcher Anthony Fauci, nor the company responded to queries from ScienceInsider this week.

But even if Moderna agrees, other companies with COVID-19 trials appear to be excluding HIV-infected people. “We jumped on this because of Moderna but it’s going to be the same for any manufacturer,” Hardy says.

The exclusion criteria for the new phase III trial of a candidate being developed by a partnership between Oxford University and AstraZeneca list ”any confirmed or suspected immunosuppressive or immunodeficient state,” which could include having an HIV infection. Dee says the groups are already lobbying the partnership to change its protocol. They are also concerned about a trial planned jointly by Pfizer and BioNTech, which is not part-funded by the U.S. Warp Speed effort, and also appears to exclude HIV-positive individuals. (Some trials in China have a similar exclusion, but Dee’s group is keeping its focus on the United States and Europe.)

A similar debate has emerged about a less-activist and more ephemeral community: pregnant women. They are also often left out of vaccine safety and efficacy trials, and Moderna and several others developing COVID-19 vaccines have them in their exclusion criteria, concerning ethicists and scientists. Some Democratic members of Congress are calling for their inclusion, according to The Washington Post.

COVID-19: How many patients return to hospital after discharge?

Teaching Nigerians The Difference Between Self-Isolation, Quarantine And Distancing?