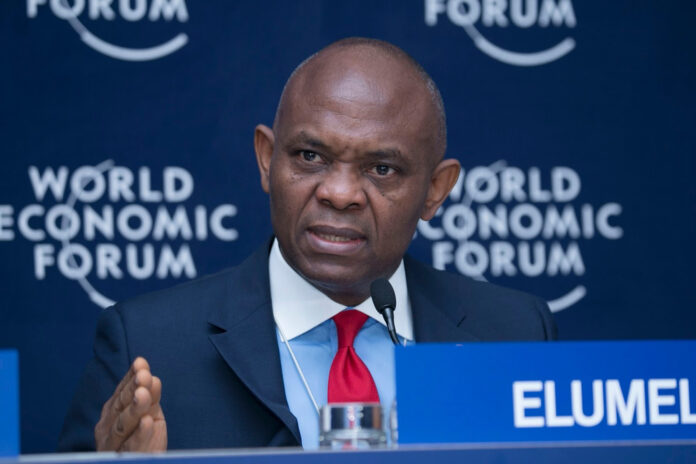 Even as the pandemic inflicts a devastating toll on the global economy, United Bank for Africa (UBA) Group Chairman Tony Elumelu insists that now is the time to invest in countries in Africa.

“Africa is a land of opportunity. Challenges exist in Africa, but we also have a huge return on investment,” Elumelu said during a TIME 100 Talks discussion with contributor Kim Dozier. “There’s no better time to make that bet than the time we live in.”

As the coronavirus pandemic sweeps across the globe, killing hundreds of thousands of people and wreaking economic disruption, the idea of making a big investment may seem brazen. Countries in Africa face particularly grueling obstacles as COVID-19 cases across the continent continue to surge, locusts swarms in east Africa threaten food security and the African Development Bank warns of a looming recession due to the pandemic.

But while some may see investing now as a gamble, Elumelu, a Nigerian multi-millionaire, knows how rewarding taking a bold risk can be. In 1997, Elumelu led a small group of investors to take over a small, financially distressed commercial bank. Just a few years later, the bank became a top-five financial servicer in Nigeria and would eventually merge with UBA, according to Forbes.

After establishing the Tony Elumelu Foundation (TEF), Elumelu then used his earnings to make a bold pledge to commit $100 million to 10,000 African entrepreneurs in 10 years in 2014, starting a Pan-African entrepreneur mentorship and training program.

Now, in spite of COVID-19, the 57-year-old is pitching investors to put their bets on Africa’s economy.

“Today there’s more market stability than ever before and there’s a willingness and realization by African leaders that capital will come to where it’s welcome. So they’re trying to make an enabling environment in their markets and in their countries to attract foreign investments,” Elumelu said.

Elumelu encouraged using the time at home to think outside the box—a message he’s telling the nearly 9,000 African entrepreneurs in his TEF Entrepreneurship Programme. “Necessity is the mother of invention—we need to innovate. We need to keep thinking,” Elumelu said.

Elumelu also noted that the pandemic has incidentally elevated some economic opportunities on the continent: quarantining and social distancing has catalyzed booming business online.

“In the banking business, there’s a whole transformation of banking heightened by COVID-19. Now you have less than 15% of our over 20 million bank customers across Africa transacting in the bank,” Elumelu explained. “Most of them are transacting online, which is about 85% of 20 million customers—that’s significant.”

While the odds may not appear to be in favor of African countries—and many countries hard-hit by the coronavirus—Elumelu insists that giving people hope can make all the difference in emerging from the economic dredge of the pandemic.

“The difference is having economic hope, the difference is always thinking positive and knowing that tomorrow will be better than today,” Elumelu said. “Don’t let your economic aspirations die with COVID.”