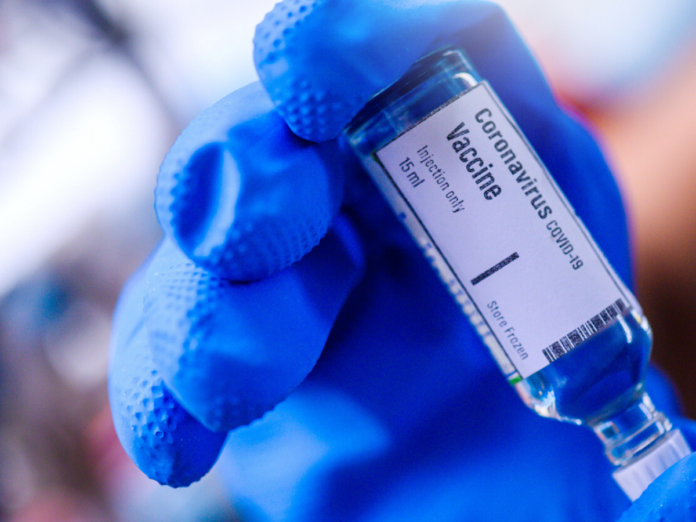 Vaccines remain the safest, most cost-effective protection against disease and will provide a powerful tool to address the COVID-19 pandemic

GENEVA, Switzerland, July 14, 2020/ — The World Health Organization (WHO), working in partnership with both public and private sectors, has a proud history of vaccinology.

By assessing vaccines for global supply, WHO’s groundbreaking Prequalification programme has made possible the deployment of quality-assured, safe and effective vaccines to dozens of countries across the world. This programme gives countries the security and confidence to know that vaccines being purchased meet WHO standards for safety, effectiveness and quality.

The Expanded Programme on Immunization (EPI), created by WHO in the 1970s, has, with the help of UNICEF, Gavi, the Vaccine Alliance, and others, brought lifesaving vaccines to hundreds of millions of children around the world. The immunisation programme is found in every country on the globe. It has the farthest reach and deepest impact of any public health programme. WHO staff have supported governments and health professionals to deliver vaccines where they are needed on the ground. Its success is measured in millions of lives saved each year. Through vaccination, smallpox has been eradicated and polio is on the verge of being defeated.

On constant alert, every year, WHO studies influenza trends, to work out which strains are emerging and should be included in the next season’s flu vaccine. And it continually monitors potential signals of pandemic threat.

Global HPV vaccine coverage is increasing. HPV vaccines had been introduced in 106 countries by the end of 2019, representing a third of the global population of girls.

Today, 86% of the world’s children receive essential, lifesaving vaccines, increasing from around 20% back in 1980. This protects them and their communities against a range of infectious diseases, including measles, diphtheria, tetanus, pertussis (whooping cough), hepatitis B and polio. The number of children paralysed by polio has been reduced by 99.9 percent worldwide over the last three decades.

This level of protection comes through a strong global effort to increase vaccine access and affordability, with support in recent decades from new partnerships like Gavi, the Vaccine Alliance – focussing on expanding vaccine availability in the poorest countries – and the Measles & Rubella Initiative.

Innovative partnerships have also seen WHO help lead major cholera and yellow fever vaccination campaigns, and have also produced effective vaccines against meningitis and pneumonia, diarrhoea, and the world’s first-ever malaria vaccine currently being piloted in Ghana, Kenya and Malawi.

We have known about Ebola since the 1970s, but the disease hit the headlines in 2014–2016 when an epidemic in West Africa killed more than 11 000 people. This epidemic triggered the first human trials of a vaccine against the disease and prompted changes in the way the world responds to outbreaks.

To tackle the threat of Ebola, one of the biggest priorities was to fund vaccine discovery, fast-track clinical trials, hasten regulatory approvals and enable manufacturers to produce and roll out an Ebola vaccine. From early testing to trials of the rVSV-ZEBOV Ebola vaccine in Guinea in 2016 took the sum of ten months, a speed unprecedented at the time.

The Government of the Democratic Republic of the Congo (DRC) declared a new outbreak of Ebola virus disease (EVD) in Bikoro in Equateur Province on 8 May 2018. Vaccination began on 21 May.

“I just spent the day out with the vaccination teams in the community, and for the first time in my experience, I saw hope in the face of Ebola and not terror,” said WHO’s Dr Mike Ryan.

When Ebola hit eastern DRCin August 2018, the vaccine was used just days after the declaration of the outbreak. More than 300 000 people were vaccinated from August 2018 to March 2020, which heped to save lives and slowed the spread of Ebola.

As the rVSV-ZEBOV vaccine was not licensed, it was used under “compassionate use” as part of ongoing research studies. Those who volunteered to take part in the DRC study provided consent, and safety was monitored when they were followed up after vaccination. The results from the DRC vaccine studies confirmed that the vaccine is effective in preventing Ebola. The vaccine was licensed in the United States and Europe in late 2019. Earlier this year after WHO prequalified the vaccine, it was licensed in DRC and five other African countries.

Africa has also benefited from another innovative vaccine development. For more than 100 years, countries in sub-Saharan Africa were ravaged by widespread meningitis epidemics. During a severe epidemic 1996-1997 more than 250 000 cases and 2 ,000 deaths were reported across what is known as the “meningitis belt”, stretching from Senegal in the west, to Ethiopia in the east.

With more than 450 million people at risk from meningococcal A disease, African ministers of health challenged public health experts and scientists to seek a new approach.

WHO, the US Centers for Disease Control and Prevention (CDC) and PATH recommended the development of a conjugate meningococcal vaccine for Africa that could meaningfully reduce the disease burden and eventually overcome the epidemics that came in waves.

Clinical trials began in 2005 and were carried out in the Gambia, Ghana, India, Mali and Senegal. In June 2010, the vaccine received WHO prequalification. The first countries to introduce the vaccine – Burkina Faso, Mali and Niger – scaled-up activities relating to licensure, vaccine management, campaign planning and monitoring and management of adverse events following immunisation.

The innovative and affordable vaccine was introduced in late 2010 and more than 300 million people living in the meningitis belt countries have since been vaccinated resulting in a dramatic decline, all but ridding these countries of this major cause of deadly epidemics.

The Ebola and meningitis vaccines are two of the most exciting developments in global public health in recent history. So too is the evolution of the routine immunization programmes that have so successfully halted the measles and polio outbreaks that once ravaged communities, killing and maiming young children. Pneumococcal and rotavirus vaccines have been successful against some of the most common causes of pneumonia and diarrhoeal deaths. Innovative financing expedited the introduction of the pneumococcal vaccine, enabling it to be launched in 2011, in a world-first, in rich and poor countries simultaneously.

Immunisation saves millions of lives every year. We now have vaccines to prevent and control 25 infections, helping people of all ages live longer, healthier lives. The wealth of experience accrued by WHO and its partners over decades is now being deployed to accelerate the development and distribution of vaccines against COVID-19, so that when we have a safe and effective vaccine, no one will be left behind. Vaccines remain the safest, most cost-effective protection against disease and will provide a powerful tool to address the COVID-19 pandemic. 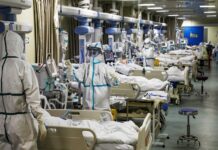