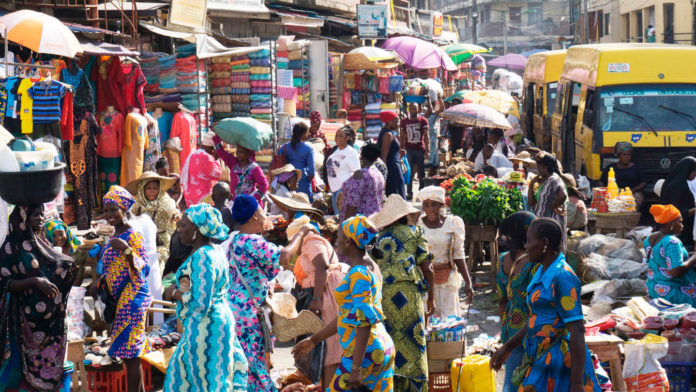 Nigerian Economy
Given the negative impact of COVID-19 on the world economy, the Nigerian economy is expected to slide into recession in the second half of the year; in line with IMF’s forecast – it predicted a negative growth rate of 5.4% in 2020.

Specifically, depreciation of the Naira against the greenback, amid declining crude oil prices and Nigeria’s compliance with crude oil supply cut to the international oil market, in line with OPEC mandate, would negatively impact foreign sector of the economy.

The fiscal sector is also expected to be impacted by lower tax revenues given the general slowdown in economic activities amid different levels of restrictions placed by the Federal and State Governments on businesses and citizens.

It is also anticipated, however, that the swift responses from both fiscal and monetary authorities in Nigerian and the rest of the world, in addition to possible discovery of a potential coronavirus vaccine, could ease the negative impact and take the oil-rich African country out of recession by early 2021.

We expect the Federal Government (FG) to sustain its expansionary fiscal policies, especially from the angle of infrastructural projects which will be funded majorly by borrowings amid anticipated shortfall in revenue.

Hence, FG’s borrowings in H2 2020, would increase significantly; albeit at a relatively low interest rate, as we do not envisage the Monetary Policy Committee (MPC) raising the benchmark interest rate even to curtail the expected increase in cost-induced inflation rate.

The anticipated increase in electricity tariff in July 2020, alongside other increased indirect taxes are potential inducements to cost pressure for consumers in H2 2020.

Meanwhile, consumption pattern is expected to be altered and shifted towards infotech (majorly purchases of data bundles, software applications and other computer appliances), food, medical items and other basic necessities; hence, consumer demand for other core items such as durable goods and non-essentials (discretionary) would remain weak in H2 2020.

Inflation
As already noted, we expect general price level of goods and services to remain upbeat in H2 2020, mainly on higher food, transport and electricity prices, as well as the anticipated depreciation of the Naira against the United States Dollar.

The much impact of inflation in H2 2020 is expected to be felt on consumer demand for core items.

The stay-at-home order has led to increasing demand for food items as people now tend to eat more as they stay indoors.

Nevertheless, we do not see inflation rate rise significantly higher in the second half of the year as concessionary loans to businesses amid low interest rate should encourage productivity, which in turn would have positive effect on prices.

Fiscal Sector
Given the partial lockdown of the economy, lower crude oil prices – Budget benchmark oil price was revised lower to USD28/barrel (from USD57/barrel) – , and the possible adherence by FG to a cut in crude oil supply to the international oil market as mandated by Organization of Petroleum Exporting Countries (OPEC) – FG’s new target oil production is 1.9 million barrel per day (bpd) (from 2.2 million bpd) –, we expect the fiscal authority to realize lower revenue than projected for 2020 amid weakened global demand for the commodity.

Meanwhile, FG is expected to spend more as it continues to fight the virus which has kept the global world indoors for several months.

This, in addition to the already high recurrent expenditure and debt servicing amid rising debts, is expected to widen the fiscal deficit this year.

Hence, we expect FG to borrow more than budgeted to foot these bills.

Highlights from the recent conference call with the Minister of Finance and the CBN Governor, revealed that fiscal gap for 2020 should rise to N4.97 trillion, compared with N2.56 trillion as earlier stated in the 2020 budget.

Already, USD3.4 billion (N1.22 trillion at N360/USD) obtained from IMF was said to be part of the foreign borrowings.

As the fiscal authority prepares for the shortfall in revenue, we are happy to note its willingness to give up fuel subsidy.

More so, with FG embracing full cost-reflective power tariff, the country should witness improvement in power supply across the country.

With the anticipated enhanced earnings of distribution companies, we believe productivity of end users will be enhance in the long run even as consumers get increased utility.

Nonetheless, we expect this move by CBN to relatively preserve the dwindling external reserves even as average crude oil prices remain low.

Recent projections of average crude oil prices for second half of 2020, range between USD35 and USD43 per barrel (/b).

Given these forecasts as well as country’s compliance with OPEC+ order, we expect Nigeria’s oil exports decline with the possibility of Nigeria recording foreign trade deficit in H2 2020.

We do not expect much positive surprise from foreign portfolio inflows given the low yield environment (despite the anticipated unification of the NGN/USD exchange rate); albeit, we feel that CBN would sustain its OMO sales at relatively high interest rates in order to attract foreign investors.

Monetary Sector
Events in the financial sector in H2 2020 will continue to be characterized by a central theme – Liquidity Creation.

The pursuit by the apex bank to increase the Loan-to-Deposit ratio further to 70 per cent in 2020, up from 65 per cent in December 2019 is still on course, in our view.

This is expected to boost liquidity in the financial system as a result of increased money creation in the second half of 2020.

We witnessed liquidity boost in H1 2020, in line with our expectations which was clearly stated in our Outlook and Investment Strategies for FY 2020 report released in January 2020.

According to the Central Bank of Nigeria (CBN) depository corporations survey, net domestic credit rose year-to-date by 8.07% to N39.10 trillion in April 2020 of which credit to the private sector rose by 7.40% to N28.67 trillion, while credit to the government rose by 9.95% to N10.43 trillion within the first four months in 2020.

Hence, with other potential sources of liquidity which include matured bills and FAAC disbursements, the resultant effect would be sustained low interest rates environment.

We note that this will allow the real sector obtain much needed financing cheaply and hence, support economic growth.

In managing liquidity in the financial system, we expect the monetary authority to engage in Open Market Operations to mop up created liquidity at attractive interest rates, in part, due to the need to maintain foreign exchange stability and to forestall speculative attacks on the local currency.

Interest Rates
We expect the monetary authority to intensify its expansionary policies, in alignment with the fiscal authority’s economic growth objective, given the anticipated negative effect of COVID-19 on the country’s gross production output.

In addition to the need to boost consumer spending through different intervention programs and palliatives offered to companies and individuals by CBN and FG, we envisage sustained conditions that will boost liquidity in the financial system.

Hence, we expect interest rates to remain suppressed in H2 2020.

In line with our expectations in our Outlook and Investment Strategies report in January 2020, we saw reduction in MPR to 12.50%; although we predicted a cut to 13.00%.

This should result in relatively cheaper cost of funds and lower lending rates for deposit money banks.

According to its revised borrowing plan for 2020, FG is expected to issue at least USD5.5 billion foreign and USD6.1 billion domestic borrowings as government reviewed its revenue downward amid lower crude oil prices and negative COVID-19 pandemic effects.

We expect FG to issue more short-term securities as the short-term debt to total debt mix of 19% was below 25% target as at FY 2019.

Despite an expected relatively high FG borrowings, we feel T-bills and Bonds rates will still remain low as government exploits the increased demand for fixed securities, amid preference for capital preservation by investors.

Equities
We are optimistic that the equities market performance in H2 2020 will be better than what was recorded in H1 2020 as solution to COVID-19 pandemic appears to be near (amid news of the commencement of human trial of COVID-19 vaccine in the month of June 2020) and as the effects of economic policy interventions kick in.

Other factors which project better picture for the stock market in the second half of the year include: the recovery of crude oil prices from the ridiculously low levels printed in the months of March and April; the gradual relaxation of lockdown across the globe, which we expect to have positive impact on business activities and company’s income going forward; the low yield in the fixed income space; and the renewed efforts of FG towards building more infrastructure, especially roads and rails.

Also, investors are expected to make a switch from fixed income securities yielding negative real returns to equities presenting positive real returns both in terms of dividend yields as well as possible capital appreciation especially in the first quarter of 2021

Nevertheless, we are cautious of the movement in crude oil prices as any significant reversal in oil prices would have a direct negative impact on the share prices.

Finally, with the ongoing insurance industry recapitalization exercise, extended to December 2020, we anticipate a flurry of public offers by insurance companies. 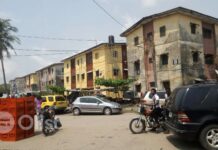 Rights Of A Tenant And Landlord In Nigeria