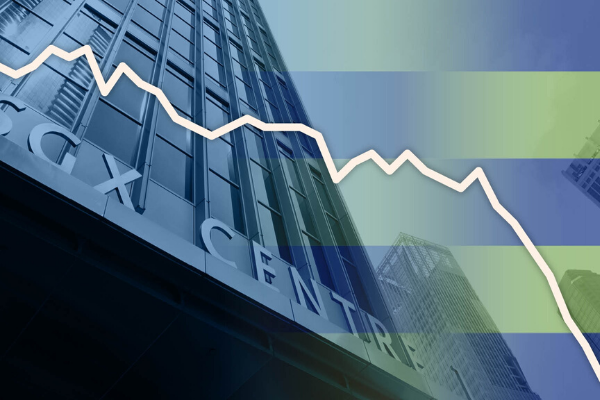 Singapore’s stock exchange is struggling with a rash of delistings and governance scandals that threaten its ambition to replace Hong Kong as a regional finance hub.

SGX has long been one of Asia’s top exchanges, attracting companies to list in one of the region’s only developed financial centres. But years of delistings outnumbering new joiners have taken their toll, together with a series of corporate failures and the loss of critical trading business to rivals. Some bearish analysts see it as an existential crisis.

“It’s really the death of the stock exchange,” said Arnaud Vagner, who exposed the accounting problems that led to the delisting and near-collapse of Singapore-listed commodities trading house Noble Group in 2018. Mr Vagner writes under the name Iceberg Research.
Academics have cited low liquidity and valuations for the many companies that have delisted over the past decade and a half. Local industry figures also point to the 2013 penny-stock crash, which wiped S$8bn ($6bn) from a market that had been fuelled by false trading in a few shares.
“Equities have taken a beating since [that] saga, which dented enthusiasm,” said David Gerald, president of the Securities Investors Association of Singapore.

New joiners have failed to offset those departing the exchange. The number of companies quoted in Singapore fell from 776 in late 2013 to 715 in May this year.

Besides Noble, recent flops for SGX-quoted companies include Hyflux, a water treatment company that filed for bankruptcy in 2018 and Eagle Hospitality Trust, whose shares were frozen this year after questions were raised about its disclosure practices.

Eagle Hospitality’s $575m initial public offering in 2019 was the city’s biggest in two years, from a hotel owner whose portfolio included the Sheraton Pasadena in California. Before being suspended, Eagle Hospitality’s shares had fallen more than 80 per cent, having never once finished a trading day higher than their IPO price.

Now Eagle Hospitality’s directors are being probed by the Monetary Authority of Singapore and the Commercial Affairs Department of the city’s police force. The trust has said it is co-operating with inquiries. It did not reply to a request for comment.

The exchange has taken steps to improve corporate governance in its equity market, spinning out its regulatory arm, as well as strengthening rules and market surveillance.

Having high governance and listing standards is just “one part of the equation”, said Mohamed Nasser Ismail, head of equity capital markets at SGX.
Legislating against individual negligence and corporate malfeasance is almost impossible, he said, adding that observers would be “hard-pressed” to find a better exchange with a more consistent approach to good governance.

A key source of listings in recent years, from real estate investment trusts, is also under threat. Many smaller Reits are consolidating, attracted by the premium enjoyed by bigger rivals. That is further whittling down numbers.

“The Reit sector was a great move and has unlocked incredible value. They executed on that extremely well but the question is what’s next for SGX?” said David Smith, head of corporate governance at Aberdeen Standard Investments in Asia.

Singapore has been seen as a potential winner from events in Hong Kong, where Beijing’s move to impose a sweeping national security law threatens its status as a regional financial hub. But SGX has increasing competition from “very strong” nearby markets including Indonesia, Malaysia and Thailand, said Jason Elder, a partner at law firm Mayer Brown.

Hong Kong’s exchange, he added, has always benefited from its close connection to mainland China. That has helped the city to beat Singapore to listings from Chinese technology giants such as Alibaba and JD.com.

SGX’s Mr Ismail said the bourse had “a healthy and robust pipeline of regional companies including Chinese companies of substantial size”.
In recent years, Singapore’s exchange has entered into agreements with the US’s Nasdaq and the Tel Aviv Stock Exchange to pursue joint listings, but these collaborations are yet to produce any secondary listings in the city-state. “It takes time to cook some of these things,” Mr Ismail said. “We are very optimistic there will be good outcomes.”

Hong Kong’s exchange has also diverted some of Singapore’s other revenue streams, such as derivatives trading. Shares in SGX are down more than 20 per cent from a recent high in April, after a massive one-day fall last month when the exchange lost a key derivatives licensing agreement, with index provider MSCI, to Hong Kong. SGX warned at the time that the loss would hit 2021 profits by as much as 15 per cent.

In response, the exchange is expanding aggressively into foreign exchange, bonds and commodities trading. SGX is already the largest forex trading hub in Asia, and this week the exchange acquired the remaining 80 per cent stake in BidFX, a cloud-based forex trading platform, for $128m.

Krishna Guha, an analyst at broker Jefferies, said it was hard to predict when SGX can make up the lost MSCI-linked revenue. But recent acquisitions and the bourse’s own efforts to develop indices are steps in that direction, he added. “We need to see how these progress over time.”

Governments could save $1 trillion in taxes by curbing corruption, new...

Stop the fixation on China trade. Investors should be watching US...