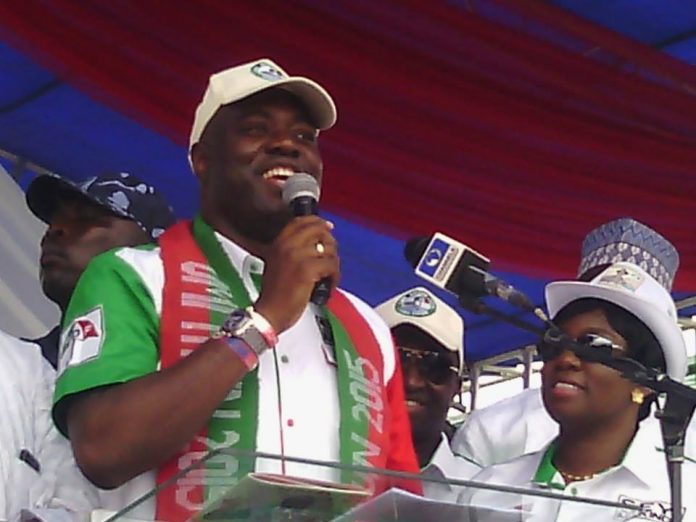 The political solution already initiated by President Muhammadu Buhari is the best and only way to solve the lingering All Progressives Congress (APC) crisis and save the country, it was learnt Saturday.

A member of the Caretaker/Extra-ordinary Convention Planning Committee of the All Progressives Congress (APC), Senator Yusuf Abubakar Yusuf, made this assertion in Abuja while answering questions from reporters.

Yusuf, who represents Taraba Central in the Senate, further hinted that the immediate past National Chairman of the APC, Comrade Adams Oshiomhole and other members of the disbanded NWC of the party may be considered for elective positions if they toe the path of peace by not challenging their sack in court.

ADVERTISEMENT
He said that the caretaker committee will be neutral and unbiased in discharging its duties.

Yusuf, who is the representative of the Senate in the Committee said: “The dissolution of the National Working Committee of the APC is not to punish anybody.

“This is not to say there is a victor and a vanquished, no. It is just a way of making things to move forward.

“So that we can all sit together in one house, reconcile with one another and then carry everybody along. Even some of our brothers and sisters that are standing on the fence and some that have gone to the other side, we will go and meet them and ask them to come back to their house.

“It is the house they have built. It is everybody’s house and I will add nobody’s house too.

“Of course, we will meet our brothers and talk to them. We will go to their houses, we will drink tea and then sit down and talk.

“Let us be very frank and honest with ourselves. You are aggrieved, yes. But this is the way we can solve the problem or do you have a better way?

“Maybe some of them will still participate in the convention. But if they go to court they are creating more bad blood. But if they don’t go to the court, then they will consider them and say these are good family members, come back and contest again.”

“As far as I am concerned, the fundamental thing is how do we solve the problem of the party at this point in time.

“We have started calling our brothers and sisters in the National Working Committee. We have started talking to people who have gone to court and those who feel aggrieved. Like I said, it is a family thing. We will sit down and sort it out,” he said.

On allegations that the APC Governors have taken over the affairs of the party, the Senator said that the leadership resolves bring on board members that are not known to be “controversial” to adequate address the present crisis.

He said he respects Oshiomhole and his passionate attitude to work but that he was probably misadvised.

“When you say whether they can hold two offices, they are political appointments. I am a Senator and I am in that group. So what is wrong with that?

“We are looking for people who will come and solve the problem. People who are not controversial in themselves.

“Assess that interim management and tell me who is controversial. Who has taken sides? Is it me? Is it the Governor of Yobe State, Niger or Osun? Are we controversial? Which side do we belong?

“We are coming to find the solution and nobody like I said is a victim and nobody is going to be destroyed by this arrangement.

“Everybody will have a participation. In the next six months, every part and parcel of every APC person will be in it. Nobody will be excluded because that has been the major problem.

“He came and he tried to solve the problem but then certain problems cropped up, and he is an activist. You will not take that away from him.

“He has passion. Whatever he is doing, he is passionate about it. But probably the advisers around him did not advice him well I don’t know.

“But we will look into it and see how we are going to solve the problem. For me we are saving Nigeria and not only the APC.

“So for me, I look at what the President has done as the leader of the political party is to save Nigeria because if Nigeria is not saved, no political party can even exist.

“Today, if the insurgency that was ravaging this country had gone on, you and I will not be sitting here today. So first of all, let us save our dear country then we move forward.”

“You will go and stand in court facing your brother? No. There must be something that was wrong, exhaust everything before you go to the court.

“That is why the Constitution of the party is saying that consensus is the primary thing to do before you even go to other things. So, if you can have consensus, you solve the problem politically and you will solve it forever.

“If you say legally, the Supreme Court can give a judgement, and you will say well I have been cheated because there nothing I can do maybe you go underground. But if you have a political solution you will not go under ground.”

NEXIM bank replies PDP: we do not fund political activities