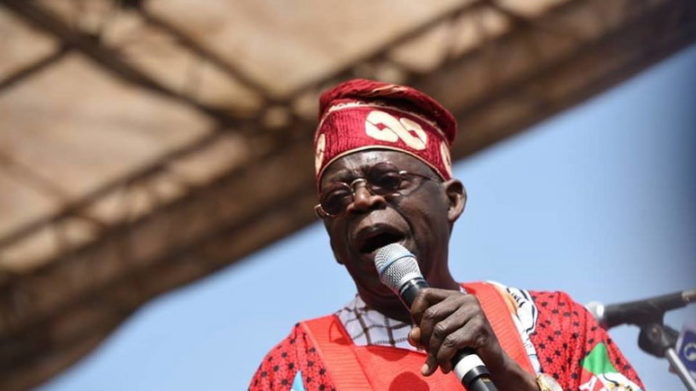 Another source further revealed to Naija247news that the Embattled National Leader of the All progressive Congress, APC Asiwaju Bola Ahmed Tinubu has taken a huge swipe at President Mohammadu Buhari, describing him as an ingrate on whom he spent over N35 billion to make president.

Tinubu’s outburst came a day after Buhari torpedoed his Presidential ambition, endorsing another faction of the APC in the leadership tussle that has engulfed the party, sources close to the former Governor of Lagos State revealed

Soon after Thursday’s NEC meeting, gathered Pointblanknews.com, Tinubu got on the telephone with a former national chairman of the party, Chief Bisi Akande, lamenting and cursing everyone perceived to be behind his political travails.

A source who privy to the conversation told Pointblanknews.com that the former Lagos state Governor complained to Akande, reportedly expressing regrets on all he did for the APC.

“Asiwaju lamented that he invested over N35 billion to fund Buhari’s elections in 2015 and 2019 and yet, he is never appreciated,” the source told Pointblanknews.com

Our sources could not independently verify the figure Tinubu claimed to have spent on Buhari’s two elections.

The source further hinted that the embattled APC leader regretted not backing his former political ally and former Vice President, Atiku Abubakar in 2019 over Buhari, and blamed El-Rufai, Amaechi and former Ogun State governor Ibikunle Amosun as the arrowheads of the opposition to his political aspiration.

“Asiwaju told Akande that had he backed Atiku in 2019, he won’t have suffered this kind of political humiliation. He said that were it not for him, the APC would not have won the 2015 and 2019 elections,” disclosed the source.

Our sources gathered that Tinubu may have been dealt the biggest political blow of his life yet in retaliation for how he (Tinubu) humiliated the immediate past governor of Lagos State, Akinwunmi Ambode.

According to the source, Buhari and other top leaders of the APC had begged Tinubu to allow Ambode complete his tenure. As events later proved, the pleas fell on deaf ears.

The APC leaders were said to have vowed to pay Tinubu in his own coin for not just disobeying the President but also carrying on like the sole owner of the party.

Meanwhile, a cold war is currently brewing between Tinubu and Governor Babajide Sanwo-Olu.

According to sources close to both political gladiators, Tinubu may have since 1999 skimmed up to $1.5 billion directly and through proxies. Governor Sanwo-Olu is reportedly not pleased with Tinubu’s “overbearing demands and his attempt to control his government.”

Ambode is reportedly happy that Tinubu’s humiliation would give him some respite.

Nobody can force or drive me out of APC, says House...