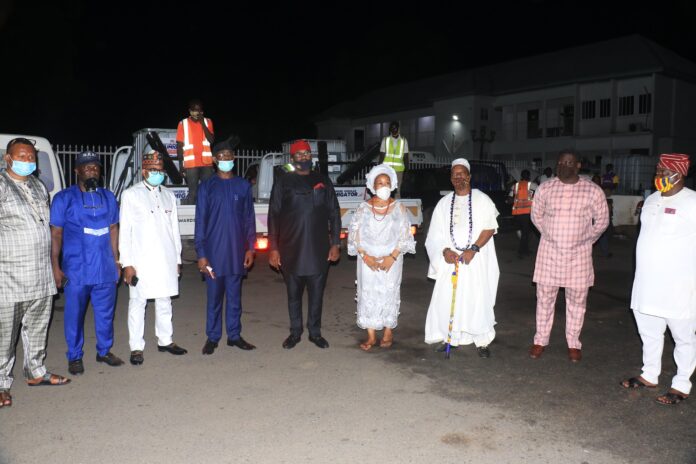 Receiving the donation on behalf of the Governor of Imo State, Senator Hope Uzodimma, the Deputy Chief of Staff (Operations), Government House, Barr. Emeka Agbo thanked His Imperial Majesty, the Oni of Ife, for including Imo State, in his magnanimity, in the distribution of the motorized modulator fumigator all over the Federation.

He recalled the relationship between the Oni and Governor Uzodimma as an individual and Imo State in general, which has lasted for many years and said he is not surprised that such donation is coming from the first class monarch.

He promised that the fumigators will be put to proper use, bearing in mind the essence and importance attached to it, which is the fight against the Covid19 pandemic that is ravaging the whole world.

Barr. Agbo fervently thanked the Oni of Ife, on behalf of the Governor and the state, and prayed God to grant him many more years of good health and wisdom in his reign over his people.

Earlier in their presentation, the representative of the Oni of Ife, Princess Kemi Fadojutimi said that the donation is the contribution of the Oni towards the fight against the Coronavirus pandemic in Nigeria.

She expressed the confidence of the Oni of Ife in the person of Governor Uzodimma assuring that, from the much he knows of him, Imo is blessed with a man of honesty who will deliver the state to a prosperous level. She thanked the State for giving them the opportunity to come and make the donation. 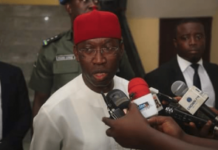 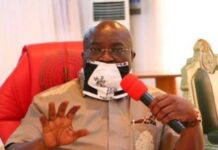 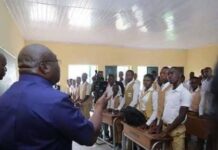 Oshiomhole distances self from 2023 presidential race