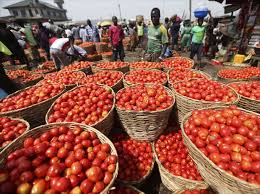 Tomato Jos, an agro-processing company focused on the local production of high-quality tomato paste for the African market, has announced it had completed a €3.9 million Series A round.

The round was led by Goodwell Investments, via its West Africa partner Alitheia Capital, with participation from Acumen Capital Partners and VestedWorld.

The company intends to use the funds to expand operations and its business reach.

Tomato Jos, an agricultural production company in Nigeria has begun processing tomato at its $5 million plant in Kaduna State, Nigeria, the company disclosed via its Twitter account.

The commencement of the tomato processing is aimed at contributing to the Nigerian economy by helping smallholder farmers grow excellent tomatoes and convert to high-quality tomato paste.

“The farmers who partner with us receive support during the growing season and are guaranteed a fair, consistent price when their crops are ready for harvest.

And once our product hits the market, the consumers will get to eat fresh, delicious tomato paste while supporting the Nigerian economy,” a statement on its website read.
Nigeria has the capacity to grow and export processed tomatoes.

Currently, it is the second-largest producer of tomatoes in Africa and the 14th largest in the world.

However, there are only a handful of tomato processing plants in the country.
Unfortunately, Nigeria spends heavily on tomato paste imports.

It is Africa’s third-largest importer of tomato paste, with over 66 million tonnes of processed tomato brought in annually, amounting to some N15 billion in expenditure.

This means that Nigeria loses a huge amount of money annually due to its failure to process locally-produced tomatoes.

Speaking on the quantity to be produced, Mira Mehta, the company’s managing director, said the company will achieve 85 tonnes of tomatoes on a daily basis and seven times the national yield of tomatoes in Nigeria over the last five years.

However, the processing plant cannot meet Nigeria’s total demand for tomato paste, which is estimated at 200,000 tonnes annually, according to the Federal Ministry of Agricultural and Rural Development.

The plan is to expand its farmer network in order to supply at least 10 percent of the demand, Tomato Jos said last year.
While tomato processing is one of the ways to restore agriculture as the mainstay of the economy and encourage economic diversification, many Nigerians find it difficult to engage in the business as they do not see potential in a produce with a short-life.

Farmers lose millions in revenue due to damages and food waste.
According to a research, over 45 percent (750,000 metric tonnes) of tomatoes produced in Nigeria is estimated to be lost annually due to poor food supply chain management, price instability resulting from seasonal fluctuation in production and the supply preference of farmers and middlemen to urban market than processors due to low farm gate price.

In addition, experts blame the continued importation of tomato paste as well as smuggling through Nigeria’s porous borders as huge factors that negate the development of local processing capacity, giving way to an influx of foreign tomato paste, consequently impoverishing farmers in the country.

The agricultural sector is the pivot on which the Nigerian economy stands, directly employing over 70 percent of the population and a sizeable percentage indirectly.
By Ahmed Iyanda