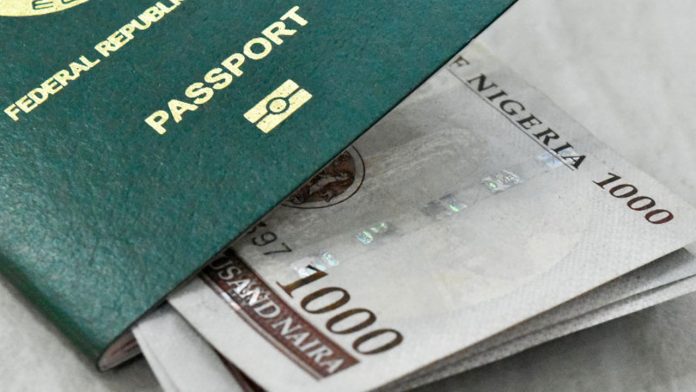 Nigerians hoping to visit the United States of America with various visa categories will have to pay more as the federal agency responsible for processing visa and asylum requests has requested $1.2 billion from Congress due to lost revenue during the coronavirus pandemic amidst asking Congress to approve a 10% surcharge to application fees as part of its funding proposal, Naija247news has learned.

Unlike most federal agencies, the USCIS operates almost entirely on the money it raises from the fees it collects. In March, the agency closed its offices and suspended much of its normal work in response to the coronavirus pandemic, cutting off much of its revenue this year., Naija247news has learned.

US Citizenship and Immigration Services, a part of the Department of Homeland Security, notified Congress of its projected budget shortfall on Friday, an agency spokesperson said.

Additionally, the agency is proposing a 10% surcharge on application fees to reimburse taxpayers.

“Due to the COVID-19 pandemic, USCIS has seen a dramatic decrease in revenue and is seeking a one-time emergency request for funding,” the spokesperson said in part.

The immigration agency is primarily fee-funded and typically continues most operations during lapses in funding, such as last year’s government shutdown. However, during the pandemic the agency suspended its in-person services, including all interviews and naturalization ceremonies.

USCIS estimates that application and petition receipts will drop by approximately 61% through the end of the fiscal year, exhausting funding this summer.

The agency’s depleted funds are the inevitable result of the administration’s policies that decreased the number of petitions — and thus fees — received by USCIS, said Sarah Pierce, a policy analyst for the US Immigration Policy Program at the Migration Policy Institute.

Between the end of fiscal years 2017 and 2019, USCIS received nearly 900,000 fewer petitions, according to Pierce, who added that the decrease was largely driven by the administration’s own decisions, such as ending Temporary Protected Status for nationals of several countries or drastically decreasing the number of refugees admitted to the United States.

Last week, the agency moved to make it easier for certain seasonal workers who are “essential to the US food supply chain” to remain in the country by temporarily amending visa requirements.

Workers already in the US will be allowed to stay longer without first returning to their home countries and can start right away without waiting for full approval, making it easier for employers who can’t employ workers from overseas to pick from the pool in the country. In April, DHS made similar changes for foreign workers directly working in the agriculture industry.

Meanwhile, the Trump administration has been planning for increased immigration restrictions. In April, President Donald Trump signed a proclamation halting green cards for people outside the United States for at least 60 days. The move came after Trump tweeted that he would “temporarily suspend immigration into the United States.” Among many changes to the immigration system in recent months, the administration also invoked a public health law, citing the coronavirus, that allowed for the swift removal of migrants apprehended at the border.

“There are some student visas that we are taking a look at. We know that there’s fraud, there’s abuse in the program and it’s time that we deal with that,” he said during a Fox interview last week.

Earlier this year, Wolf has installed Joseph Edlow to lead USCIS amid a shakeup at the agency. Immigration hardliner Ken Cuccinelli, who was running USCIS, remains the number two at Homeland Security headquarters.

The Trump administration has imposed a “reciprocity” fee for all approved non-immigrant visa applications by Nigerians. The fee will be charged in addition to visa application fees (usually paid at the start of the application process) for only applicants who are issued visas. The additional reciprocity fees range from $80 to $303 depending on the class of visa. According to the US embassy, the majority of Nigerian applicants currently pay between $160 to $265 for US visitor visas. The new fee regime will take effect from Aug. 29.

The US Embassy in Nigeria says the reciprocity fees are in response to unsuccessful talks with Nigeria’s government to adjust the fees it charges American applicants given “the total cost for a US citizen to obtain a visa to Nigeria is currently higher than the total cost for a Nigerian to obtain a comparable visa to the United States.” As such, the reciprocity fee “is meant to eliminate that cost difference,” as required by US laws.

USCIS has been without permanent leadership since last year.

Nigerian-Americans Rated Most Successful African Diaspora Group In US