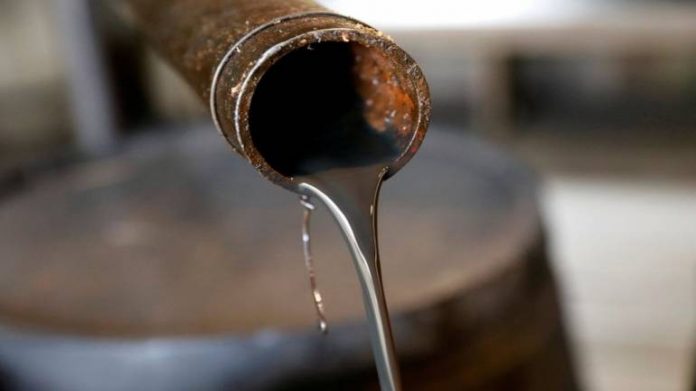 crudes emerged on Friday and showed lower volumes for this month
and the next, in line with unprecedented output cuts by
producers and a lack of demand.

loadings of Nigerian Bonny Light and Bonga crude, with the
former set to fall sharply in June to 190,000 barrels per day
(bpd) from 245,000 planned for May.
* Loading plans have been disrupted as Nigeria has haggled
with international majors on cutting output following a pact by
OPEC+ producer countries to limit supplies to prop up global oil
prices, effective from May 1. One Bonny Light cargo from Shell
originally schedule for June 1-2 export was delayed to June 7-8.

set to plunge to 602,000 bpd from 828,000 originally planned in
May, though those volumes, along with those of other grades,
have been reduced because of downward revisions to the May
schedule.
* The June exports of the grades are more than a third lower
than volumes planned for March, circulated before lockdowns to
contain the outbreak of the novel coronavirus went widely into
force. Market sources linked the fall to the producer supply cut
pact and to record low prices for West African grades.
* A rally in Brent crude prices this week from more
than two-decade lows below $20, combined with major producer
Norway’s plans to cut output for the first time in nearly 20
years helped to boost differentials.
* Many sellers of West African crude remained pessimistic,
however, saying an overly sudden rise to the dated Brent
benchmark from which West African grades are priced could
undermine the contango market structure, which was one of the
few factors buoying sales.

after production cuts by OPEC and the United States, with the
market’s pricing structure indicating that storing oil on idle
tankers may soon no longer be profitable, Mercuria Energy Group
said.
* Iraq’s total oil exports for April averaged 3.438 million
bpd and oil revenue more than halved to $1.42 billion, a
statement from the oil ministry said on Friday.
* ExxonMobil Corp and Chevron Corp are halting U.S. shale
oil production as crude prices and fuel demand have plunged
because of global lockdowns to fight the coronavirus pandemic
have destroyed fuel demand.