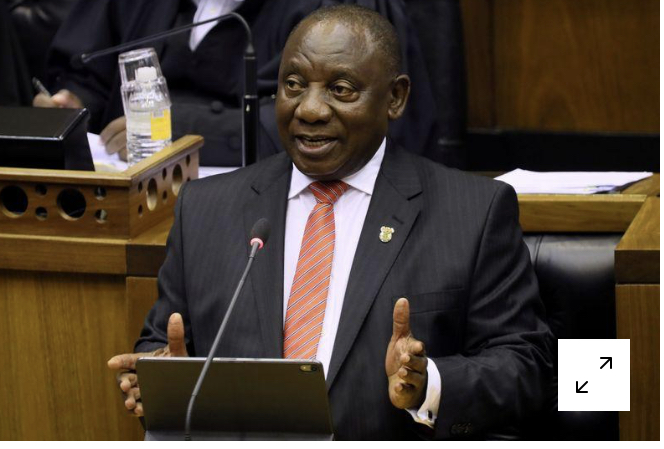 JOHANNESBURG (Reuters) – South Africa’s President Cyril Ramaphosa said on Thursday the government will allow a partial reopening of the economy on May 1, with travel restrictions eased and some industries allowed to operate under a five-level risk system.

Ramaphosa said the National Coronavirus Command Council decided restrictions will be lowered from level 5 – the strictest lockdown stage – to level 4 from next Friday. International borders will remain closed while travel will be only allowed for essential services.

“We cannot take action today that we will deeply regret tomorrow, we must avoid a rushed reopening that could risk a spread which would need to be followed by another hard lockdown,” Ramaphosa said in a televised address.

South Africa has spent nearly month under restrictions requiring most of the population to stay at home apart from essential trips, leaving many struggling without wages and short of supplies.

The country has recorded 3,953 confirmed cases including 75 deaths with 143,570 people tested for the virus. Thursday saw the highest one-day leap in infections with 318 new cases, though the health ministry said this was largely due to intensified screening.

“We have to balance the need to resume economic activity with the imperative to contain the virus and save lives,” Ramaphosa said.

He did not give details, as expected, on the 500-billion rand ($26 billion) rescue package he announced on Tuesday. But in the speech he said it was a priority to get the economy restarted and that testing would continue to be ramped up while social distancing rules remained in place.

Under the “risk-adjusted” system, authorities will identify which sectors can operate under various risk scenarios.

“We will implement what we call a risk-adjusted strategy, through which we take a deliberate and cautious approach to the easing of current lockdown restrictions,” said Ramaphosa.