FC barcelona have again renew their interest in securing the services of their former employee.

The Brazilian left the Spanish giants three years ago to join the PSG side.

Several reports in the past shows that Neymar has been heavily linked to a return to the spanish side.

Springnewsng recalled last summer out Neymar was desperate to secure a move back to barcelona, but talks between the two clubs broke down which for a while affected the strikers relationship with his recent club.

Antoine Griezman who joined the club from Atletico Madrid after 2018 World Cup have failed to fit into barcelona’s styles of play.

Currently, barcelona has been hugely disappointed in the French man.

A renowned source revealed that there have been constant reports of a disagreement between Griezman and the club captain Lionel Messi, who is keen on Neymar returning.

Also, a report on skysport claim that fc barcelona is pushing for an option of a Neymar- Griezman swap deal when season comes to a close.

Right now COVID 19 pandemic has left Barcelona on the brink of financial crisis and their playing squad have agreed to a 70 per cent pay cut until football returns.

Barcelona are now looking at ways to fund their summer transfer dealings and have already decided to cash in on Griezmann after just 12 months at the club.

The Spanish giants values the 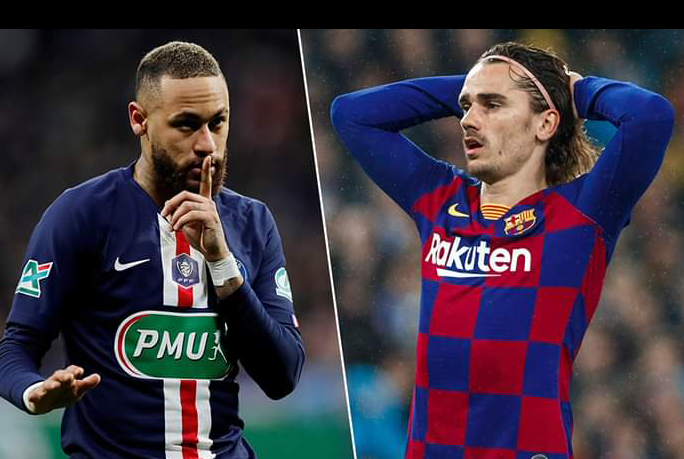 Nigeria’s Ngozi Okonjo-Iweala is the favourite to lead the WTO, The...

Barca down Granada after Real labour to win over Alaves