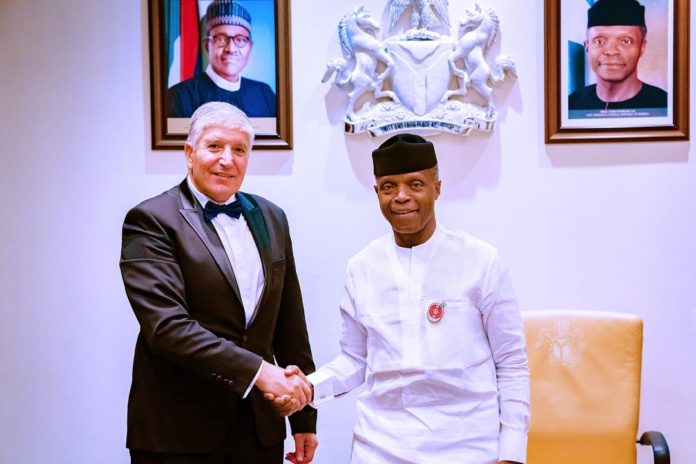 Abuja – The Embassy of Israel has inaugurated the 3rd National Old Testament Bible Contest in Nigeria and Africa at large to strengthen 62 years bilateral ties with Nigeria.

Mr Shimon Ben-Shoshan, Israeli Ambassador to Nigeria, who said this at the ceremony on Tuesday in Abuja, said the contest would commence on March 4 nationwide.

The envoy who also said that the contest was open to all candidates from 18 years and above urged would be participants to register via www.abuja.mfa.gov.il

The event was organised by Israeli Embassy in collaboration with Israel’s Ministry of Education and the Christians United for Israel and Christian Association of Nigeria (CAN).

Ben-Shoshan described the theme of the event: “Behold, how good and how pleasant it is for brethren to dwell together in unity- Psalm 133 verse 1” as significant to Israel-Nigeria relations.

According to him, the contest will challenge the minds of many Nigerians bearing the theme in mind and I hope it further strengthen the kinship between Israel and Nigeria.

Ben-Shoshan said, “together in peace and unity, we will succeed in turning challenges into opportunities, for millennia the Bible has served as moral compass in faith uniting humankind despite various differences.

“It is with great honour and privilege that I stand before you today to flag off another exciting cycle of the Bible contest in Nigeria.

“Over the years, the contest has helped to bring together people of diverse backgrounds while stressing the importance of biblical education.

“Therefore, I believe that holding a country-wide Bible competition, in all six-geopolitical zones can serve as cultural bridge between our two peoples, Nigerians and Israelis.

“The Bible contest was established in 1958 by then Israel’s Prime Minister, David Ben-Gurion and broadcast 62 years ago; Israel followed with commitment and I see same enthusiasm in Nigeria today.”

He explained that the theme of the event was to commemorate the 60 years of diplomatic relations and friendship between Israel and Nigeria.

Speaking, Mr Joseph Daramola, the General-Secretary of Christian Association of Nigeria (CAN) commended the event to be apt in terms of promotion of unity in the country.

“I listened to the Israel Prime Minister, Benjamin Netanyahu in 2019 and it was interesting to know that the Bible contest tradition initiated by Ben-Gurion is upheld till date.

“The theme on unity among brethren is in line with the motto of CAN that is centered on oneness and peaceful co-existence.

“I make bold to state that it is the power of unity that enhances Israel’s resilience in the face of hostilities, both in the era Egypt and Babylonian captivity to the present day.

“By singular virtue of the Bible contest the CAN community has something to appreciate the State of Israel in Nigeria,” Daramola said.

The Deputy Head of Mission, Mr Yotam Kreiman, earleir described the 60 years diplomatic relations between Israel and Nigeria as a milestone that could be further strengthened.

“We are seeing this friendship growing; we are seeing Nigerians coming to Israel on pilgrimage, not just Christians but Muslims also from Nigeria.

“Nigerians take trips to the Holy Land and follow footsteps of what we have in common as history.

“This is in view of acknowledging the past that we have from the Bible, our faith till present day, which is why the diplomatic relationship we have now,” Kreiman said.

News Agency of Nigeria (NAN) reports that the Bible contest will hold in three different stages at state, zonal and national levels with two finalists from to proceed to next level.

The first two stages would be internet-based and the final stage which would be handwritten will hold in November in Abuja.

The high point of the event was the unveiling of the Bible contest by Mrs Esther Kwaghe, Acting Executive Secretary of Nigeria Christian Pilgrims Commission (NCPC) and Mr Daramola. 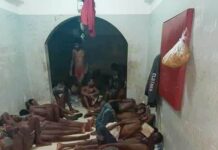 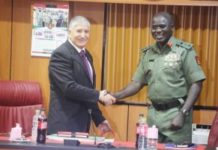 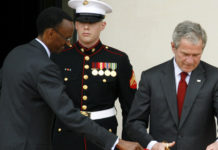 Eight Decades of U.S. Foreign Policy Toward Africa, Now in One Place