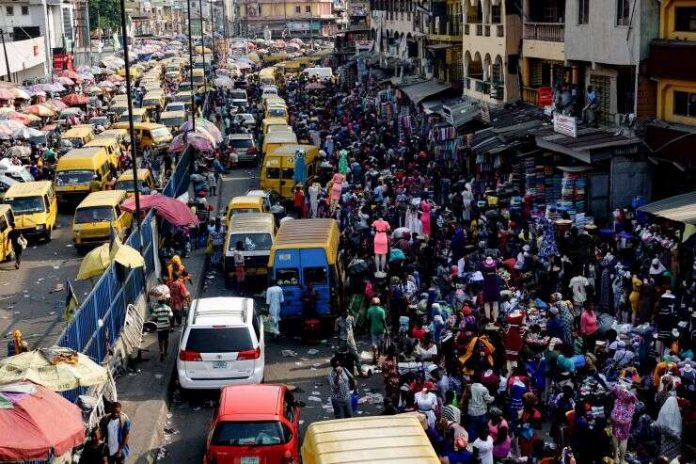 The FSDH Merchant Bank Limited has predicted that economic growth in Nigeria will be stronger in 2020, with Gross Domestic Product (GDP) expected to achieve a 2.5 per cent growth rate in the year.

The firm anticipated that favourable crude oil price, information communication technology (ICT) and transport sectors were all expected to influence the positive economic growth in the year.

The financial institution stated this in its latest macroeconomic outlook for 2020 titled, ‘Accelerating Growth in the New Decade,’ obtained by THISDAY.

It projected that economic growth in the year under review, would be driven by improved consumer spending as well as increase in government spending in the year.

Furthermore, it stated that increased lending to businesses as a result of Central Bank of Nigeria’s (CBN) 65 per cent minimum loan-to-deposit ratio (LDR) policy was also expected to stimulate local output.

“Some downside risks to growth include tough operating environment, policy uncertainty and imposition of several taxes,” the FSDH report stated.

It further projected that as output expands, prices are also expected to increase, with inflation seen to average 11.9 per cent in the year, following the continued closure of land borders and implementation of tax increase.

According to the report, pressure on inflation in most cases had been cost-push in nature. It stressed that efforts to improve the business environment are crucial in ensuring price stability

“VAT comes into effect with the passage of the Finance Bill into law in January 2020, the VAT increase from five per cent to 7.5 per cent came into effect on February 1st, 2020.

“The increase is expected to result in price increase of certain goods that are affected. Closure of land borders and uncertainty surrounding re-opening of the borders will continue to influence movements in food prices, though marginally.

“With the early passage of the 2020 budget, spending on both capital and recurrent expenditure will increase and trigger a rise in overall aggregate demand.

“The rise in Inflation rate in the later part of the year was also accompanied by significant fall in interest rates on government securities due to CBN open market operations (OMO) policy,” it added.

The report noted that fiscal policies of the federal government was expected to stimulate economic growth with the early budget passage which would ensure improved budget performance.

It further anticipated that government’s aggressive revenue drive would result in an increase in non-oil revenue in 2020 to fund the budget, adding that revenues from taxes as well as other charges would improve overall revenue.

However, it stated that revenue gaps due to slow collection rates would persist.

“On monetary policy, the higher liquidity levels have forced down interest rates of government securities. The CBN will resort to the use of multiple monetary policy tools to mop-up excess liquidity and attract investment inflows. This will be shape the monetary environment in the year.

“Government and private firms will take advantage of the low interest rate environment to issue debt instruments in the year.

According to the report, the excess liquidity in the system has resulted in lower lending rates, which could reduce costs for businesses, boost investment spending and output.

“Nigeria’s trade environment will be significantly influenced by the Africa Continental Free Trade Area (AfCFTA) agreement and government policies such as the closure of land borders and port reforms.

“Trade value in 2019 is already at $110 billion for the first 11 months. This is above $107 billion recorded in 2018. However, trade balance deteriorated as import grew faster than export.

“With the AfCFTA coming into effect in July, gradual removal of tariffs on goods produced within Africa will influence trade outcomes.

“Nigeria’s imports from other African countries (which represents 8.5% of total imports) is also expected to increase.

“The significant drop in interest rates especially for short term securities could lead to some traction in the equity space. This factor will also limit FPI inflows relative to 2019,” it added.

In terms of its expectation from the next monetary policy committee (MPC) in 2020, it stated that, “the CBN is expected to continue in its effort to mop up the excess liquidity in the market to curtail inflation and attract FX inflows.

“Further, the CBN will intensify its heterodox policies outside the MPC; continuing to adopt tools such as LDR, OMO, FX restrictions and interventions to stimulate lending to the real sector and propel economic growth.”