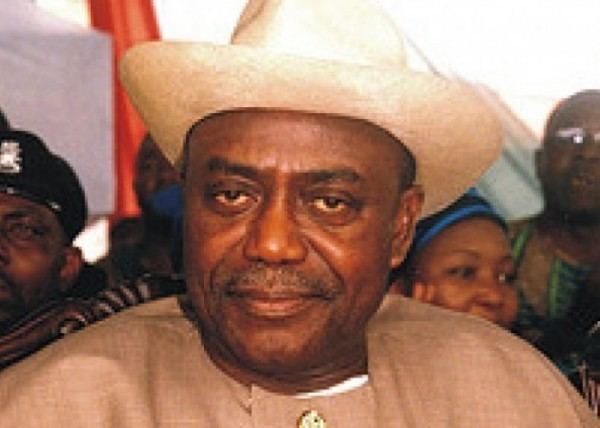 Nigeria’s Anti-Corruption Agency, the Economic and Financial Crimes Commission (EFCC), on Tuesday, said the commission would go ahead against the court order restraining it from prosecuting, Peter Odili, a former governor from Rivers State.

The acting chairman of the EFCC, Ibrahim Magu, said this while addressing journalists in Port Harcourt, the state capital, according to a report by PUNCH newspaper.

Mr Odili, a two-term former governor of Rivers State between 1999 and 2007, was accused by the EFCC of misappropriating public funds to a tune of N100 billion while he was governor.

However, Mr Odili, in February 2007, while as the sitting governor of the state, had approached the Federal High Court in Port Harcourt, praying it to grant him an order preventing any law enforcement agency from arresting, and prosecuting him for fraud.

On March 23, 2007, Justice Ibrahim Buba granted the former governor an injunction, restraining the EFCC from any further action in relation to the alleged economic and financial crimes. This included a declaration that the EFCC investigations were invalid, unlawful, unconstitutional, null and void.

Mr Magu, however, explained that such an order would not hold, describing it as being overtaken by events.

He also noted that that the commission would ensure it exposes and prosecutes all criminal activities in Nigeria.

“Nothing is going to stop us; even the issue of the court order allegedly obtained by Dr Peter Odili and co to stop the EFCC from investigation and prosecution has been overtaken by events.

“I am telling you that the judgement cannot stand. It will only take some time. It cannot hold and we are going to conclude the investigation. There are so many investigations we are doing.

“We will take it before the court; let the court refuse to prosecute their case. I am sure the matter has suffered for about 13 years now. We are going to test it. The matter is in the Supreme Court, we will follow it up.

“That decision that is pending in the Supreme Court does not actually. cannot hold water again. There are subsequent judgements that have discarded it.

Also, in the report, the acting Chairman also described Rivers State as second after Lagos, in terms of money laundering, in Nigeria.

He said, “I think Rivers State is the next to Lagos in terms of crime. This (Rivers) is the headquarters of money laundering because there is a lot of oil money here.

“I think you can rate Port Harcourt the second to maybe Lagos … maybe because of the large space of oil deals.”

The discovery of the loot and its true ownership have been controversially linked to many parties. The Rivers State governor, Nyesom Wike, had claimed ownership of the funds which he alleged were misappropriated from the state by his predecessor, Rotimi Amaechi, the current Minister of Transportation.

Mr Magu also reiterated that the anti-graft agency had been able to secure the conviction of three former governors, adding that 1,245 convictions were recorded in 2019.

PREMIUM TIMES had reported the Minister of Information, Lai Mohammed, saying the figures of conviction the EFCC secured in the year 2019 was the highest globally.

In 2015, in his inaugural speech, President Muhammadu Buhari spoke about three cardinal promises of securing the lives and properties of Nigerians, restoring the economy, and fighting corruption. prominent politicians including former governors and ministers who have been accused of corruption have had their days in court over graft.

Four years after, Mr Magu has remained the acting chairman to the commission. He was rejected twice by the 8th Assembly under the leadership of former Senate President, Bukola Saraki, after the State Security Service reaffirmed its position that the nominee lacks the integrity to lead the country’s anti-corruption agency.

The presidency is yet to send Mr Magus’s name for screening to the 9th assembly, inaugurated in 2019. 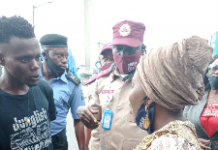 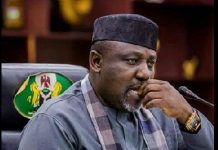 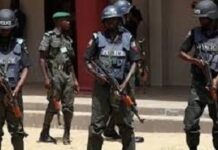