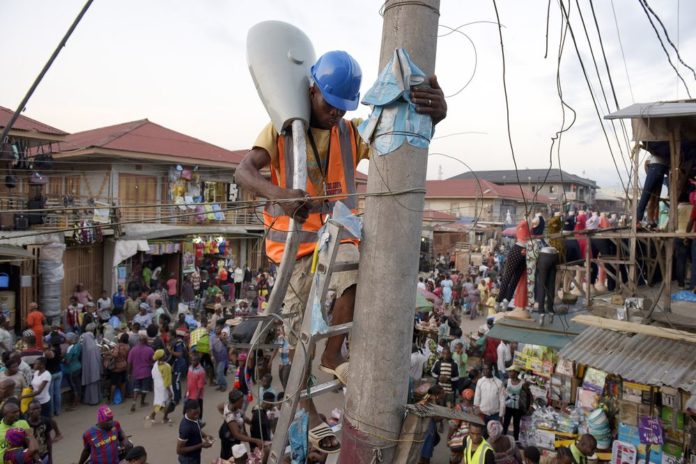 The Federal Government has set aside the sum of N61bn for the Nigeria Electrification Road map to be developed in partnership with Germany-based Siemens AG.

The amount provisioned for the Presidential Power Initiative is one of the key expenditures captured in the 2020-2022 Medium-Term Expenditure Framework and not in the 2020 budget.

This is contained in the highlights of the 2020 approved budget presented by the Minister of Finance, Budget and National Planning, Mrs Zainab Ahmed.

Power projects in the budget include the 3,050-megawatts Mambilla hydropower plant in Taraba State, for which N2bn counterpart-fund was set aside. Others are 2x60MVA 132/33kV substation at Gwaram in Jigawa State (N717m); 215MW power station in Kaduna (N190m); and Kashambilla transmission in Taraba (N506m).

On July 22, 2019, the Federal Government and Siemens signed a Letter of Agreement on the NER, which resulted from the meeting between the President, Major General Muhammadu Buhari (retd.), and the German Chancellor, Angela Merkel, on August 31, 2018 in Abuja.

Buhari said in October that his regime was resolute in reforming the power sector.

“In August this year, we launched the Presidential Power Initiative to modernise the national grid in three phases: starting from 5 gigawatts to 7 gigawatts, then to 11 gigawatts by 2023, and finally 25 gigawatts afterwards,” he said in his Independence Day speech.

He said the programme, in partnership with the German government and Siemens, would provide end-to-end electrification solutions that would resolve Nigeria’s transmission and distribution challenges.

The Presidency disclosed on October 21 in a series of tweets that negotiations were ongoing for the programme.

It said the project costing was being finalised, adding that training needs analysis and “negotiations, with a view to financial close shortly,” were also ongoing.

Six years after the nation’s power sector was privatised, electricity supply has remained poor as the investors who took over the six generation companies and 11 distribution companies continue to grapple with the old problems in the sector including gas shortfall.

Total power generation stood at 3,853.6MW as of 6am on Wednesday, according to data from the Nigeria Electricity System Operator, an arm of the Transmission Company of Nigeria.

The system operator put the nation’s installed generation capacity at 12,910.40MW; available capacity at 7,652.60MW; transmission wheeling capacity at 8,100MW; and the peak generation ever attained at 5,375MW.