The Nigeria Labour Congress (NLC) and the Trade Union Congress (TUC) have called on the government to set machinery in motion for the implementation of the new minimum wage for workers in the state.

They made the call in a joint statement issued in Lokoja, the state capital on Friday.

The unions reminded the government of the December 31 ultimatum given by the NLC for the completion of negotiation on the implementation of the new minimum wage, saying that there was need to hasten its implementation to avoid industrial dispute.

The organised labour in the statement signed by Onuh Edoka and Ranti Ojo, Chairmen of NLC and TUC, respectively, however, praised the government for prompt payment of state workers salary.

Both Messrs Edoka and Ojo also called for an improvement on the percentages of salaries being paid to teachers and local government workers in the state.

The statement reiterated the loyalty of the entire workforce to the state government and expressed the hope that government would reciprocate by according priority to workers welfare.

However, NLC and TUC, called on the state Head of Service, Deborah Ogunmola, to publish the names of over 300 workers allegedly smuggled back into the payroll.

Mrs Ogunmola had said “some State civil servants were recently dropped from salary in August because they were not cleared in the 2016 Screening exercise.”

“I, then asked the Permanent Secretaries and directors, especially Administration and Accounts to be vigilant and also raise Variation Order to remove names of deceased and retired staff from payroll,” she said.

The organised labour called on the Head of Service to reveal the identities of those involved or else it would view her action as a deliberate attempt to throw the entire workforce into another round of screening exercise. 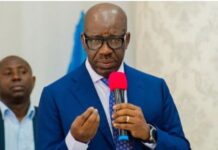 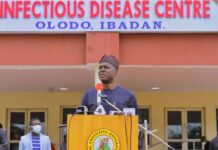 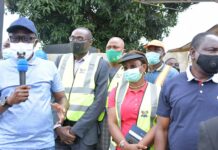