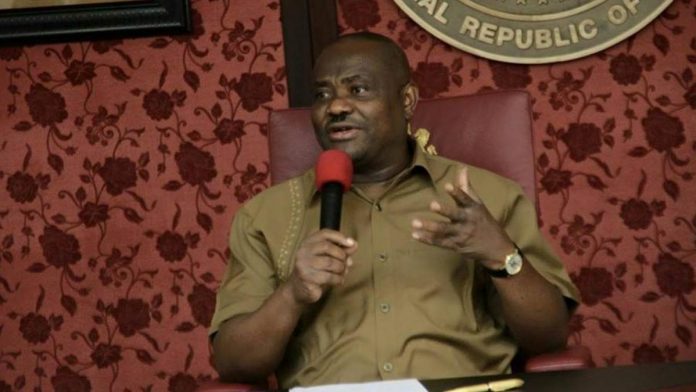 Governor Nyesom Wike of Rivers State, yesterday, alleged that out-going Bayelsa State governor, Mr Seriake Dickson colluded with the All Progressives Congress, APC, to lose the November 16, 2019, governorship election in Bayalsa, so that the Economic and Financial Crimes Commission, EFCC, will not arrest him when he leaves government

Wike was reacting to Dickson’s accusation on Sunday, that he (Wike) was deliberately inciting disunity in Ijawland in pursuit of a clandestine ethnic supremacist agenda in the politics of Rivers State and that he (Wike) was using the disputed oil wells between the two sister states as mere subterfuge to create disunity and to cover up the deliberate underdevelopment of Ijaw communities in Rivers State by pretending to be their champion.

Meanwhile, the national leadership of the Peoples Democratic Party, PDP, yesterday, waded into the disagreement between Governors Dickson and Wike, over recent disputes between the two states. Wike, in a statement by his Special Assistant, Electronic Media, Simeon Nwakaudu, said: “We are the only state (Rivers State) in the South-South where President Muhammadu Buhari never got 25percent. Buhari got 45 percent in Bayelsa State.

So who colluded with whom? It is now that Dickson has realised that they played him? All those nocturnal promises were not kept. I challenge Dickson to ask his candidate, Senator Douye Diri the contributions I made. Is it because I didn’t pass it through him? “Dickson planned for Peoples Democratic Party, PDP, to fail elections and he is now crying federal might. He assumed the role of God. Nobody could tell him anything.

During his second term election, people resisted the Army. But this time, they left him alone. “You cannot accord former President Goodluck Jonathan respect. Simply because Rivers State honoured Jonathan, Dickson became angry. Dickson concluded plans to join the APC.

Timipre Silva and Heineken Lokpobiri blocked him. He knew I have strength, he would have consulted me. “Dickson colluded with these people, so that EFCC will not arrest him when he leaves government. If you like, carry any level of propaganda, I will protect the interest of Rivers State.

” Wike, meanwhile, insisted that the Soku Oil Wells belong to Rivers State as the Federal High Court affirmed and based on the admission by the National Boundary Commission, NBC, that it erroneously shifted the boundary between Rivers and Bayelsa States from River Santa Barbara to River Saint Batholomew in the 11th Edition of the Administrative Map of Nigeria.

Wike also described the allegations made against him by his Bayelsa counterpart as the baseless ranting of a frustrated politician who is yet to come to terms with his losses. “In 2002, the NBC altered the boundary in the 11th Edition of the Administrative Map of Nigeria.

They made a mistake by shifting the boundary from River Santa Barbara to River St Batholomew. At the Supreme Court, the NBC wrote a letter admitting their error. “The Supreme Court made an order for the NBC to correct the error of the 11th Edition in the 12th Edition.

We had to sue the NBC to enforce the order of the Supreme Court, where they were directed to ensure that the boundary between Rivers and Bayelsa State is River Santa Barbara.

Dickson cannot in all ramifications compare himself to me in terms of development.” Governor Wike said while Rivers State is a major construction site, the Bayelsa State governor has failed his people by refusing to utilise their resources judiciously.

He said that for a small state like Bayelsa, it was wrong for the outgoing governor to expend N70billion on an uncompleted airport, when Bayelsa State lacks good roads and basic infrastructure.

He regretted that the outgoing Bayelsa State governor refused to respect the rules of protocol, when he visited the Amanyanabo of Kalabari without informing the Rivers State Government.

“The person talking about invading Rivers State in January 2020 lacks respect for protocol. If he was well schooled, would he use that phrase that he wants to invade Rivers State? “You have no respect.

A traditional ruler who is a first class ruler, recognised by government and you say you are coming to a state as a governor to see Rivers Ijaw people without observing basic protocol. Protocol demands you call your colleague that you are coming to the state.

Even then, the traditional ruler failed to communicate with the state government. And I said, if you do this next time, I will withdraw the Recognition.

“I didn’t say I will dethrone him. I don’t make chiefs. But I have the power to recognise or take back recognition, if you go contrary to the law. I have no regrets about it.

Anyone who goes contrary to the law, I will withdraw the recognition and heaven will not fall. I never said that I will dethrone the Amanyanabo of Kalabari.

I said that I will withdraw the recognition by the Rivers State Government if he continues to disrespect the office of the governor and not play according to the rules.

How can Dickson invade Rivers State when he cannot defend Bayelsa State?” PDP intervenes PDP in a statement by its spokesman, Kola Ologbondiyan, said, “having noted the issues, the party has activated its internal reconciliation mechanism to settle the matter amicably.

“The PDP recognises that the tone of disagreements between the two respected governors is skin-deep and only borne out of their love and zeal for their respective states.

“The PDP leadership hereby urges both Governors Wike and Dickson, as eminent leaders and front line stakeholders in our party, to sheathe their swords while the leadership harmoniously resolves the issue. 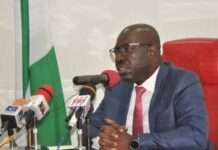 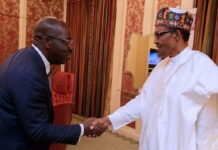 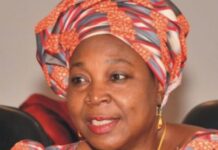 COVID-19: UNIBEN directs compulsory use of face masks in campus