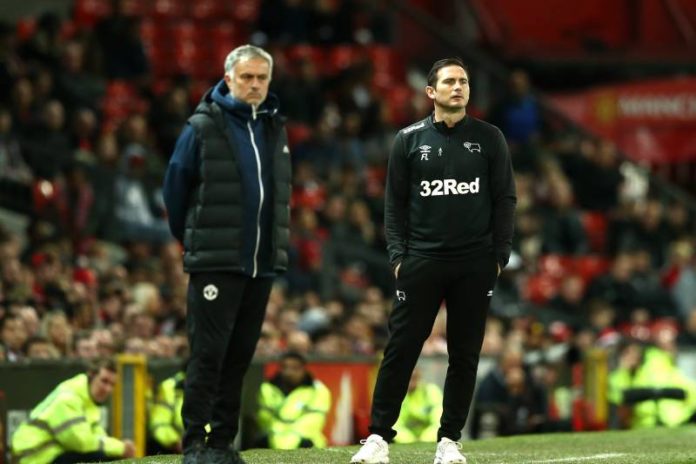 The final Premier League game before Christmas sees Tottenham Hotspur host London rivals Chelsea this afternoon as Jose Mourinho takes on one of his former clubs.

Mourinho has overseen four wins from his five league games in charge of Spurs so far, whereas Frank Lampard’s Chelsea have suffered a wildly contrasting run of form with four defeats from their last five.

A London derby with no love lost, this particular edition of Tottenham vs. Chelsea has the added spice of the two sides being separated by just three points either side of the Champions League dotted line.

That Spurs could move level with Chelsea if they win today is testament to the contrasting form of the two clubs since Mourinho took over in North London.

One month ago, Chelsea sat in third place, 12 points clear of Spurs, who had sunk to 14th by the end of the Mauricio Pochettino era, whereas now it is fourth against fifth and Tottenham’s Champions League hopes are very much back on track.

Mourinho has overseen four wins from five league games so far and looks likely to extend that good form with matches against Brighton & Hove Albion, Norwich City and Southampton coming up after this one, although the only league defeat of his reign so far did come against another of his former clubs Manchester United.

The Portuguese has never lost a home game against a team he has previously managed, though, winning 12 of 13 such matches, and another victory today would see Tottenham win three successive Premier League games for the first time since February.

However, it is more than a year since Spurs last beat a fellow ‘big six’ team – a run of 10 matches which includes seven defeats and stretches back to their victory over Chelsea at Wembley in November 2018.

In fairness to Tottenham, the majority of those matches did come away from home, where they have suffered for much of 2019, and in front of their own fans it is a different story having gone six matches unbeaten across all competitions, scoring 18 goals in the last five alone.

The most recent of those was the commanding 5-0 triumph over Burnley earlier this month when they were two goals up within 10 minutes, and the stats suggest that another quick start today will put them firmly on course for victory.

Mourinho has not lost any of the last 54 Premier League games in which his side has scored the first goal, winning 48 of those, whereas Chelsea are one of only two teams yet to rescue a single Premier League point from a losing position this season.

Chelsea have lost 15 matches across all competitions so far in 2019 – their most in a calendar year since 1994 – although Lampard will be keen to keep sight of the fact that the first half of this season has still gone better than many expected.

Forced to trust in youth due to a transfer ban, the emergence of Tammy Abraham, Mason Mount and Fikayo Tomori bodes very well for the future of the club and the experience they are earning – even in defeat – will stand them in good stead heading into the next decade.

There will be a demand for Chelsea to continue that youth development even though they are now clear to sign players in January, although reports of a £150m transfer budget next month will excite fans who have seen the team begin to flounder towards the end of the year.

No team in the top half has lost more games than the Blues, and Lampard will be acutely aware of the importance of a solid defence from his time working under Mourinho when Chelsea set a record for fewest goals conceded which still stands.

Lampard has insisted that he is not out to become a “clone” of his former boss, though, and there is no doubt that Chelsea have been an entertaining watch under their all-time record goalscorer.

Defensive lessons could be learned from his former mentor, but he has already got one over on Mourinho in the dugout when his Derby County side beat Manchester United last year and he will be looking for more bragging rights today.

Chelsea have traditionally had the better of this fixture, but there has been something of a Spurs fightback in recent years with three wins from their last five Premier League meetings – as many as they managed in their previous 20.
Share this: 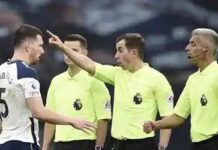 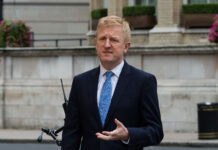 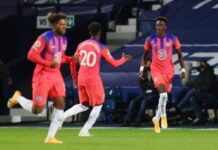 Chelsea recover from 3 goals down to draw at West Brom

Transfer deadline: Who, where and what player do Premier League...