Due to the vulnerability of Nigeria’s economic outlook for 2020, the Fitch Ratings has revised the country’s ‘s Long-Term Foreign-Currency Issuer Default Rating (IDR) to Negative from Stable, and affirmed the rating at ‘B+’, Naija247news has learned.

Based on Key ratings drivers, The Economic Outlook revision for 2020 reflects the increasing vulnerability from the current macropolicy setting, raising risks of disruptive macroeconomic adjustment in the medium term amid continued real appreciation of the naira. A sharp devaluation of the exchange rate under the current policy framework would stoke macroeconomic volatility and significantly weaken some of Nigeria’s key credit metrics, including its GDP per capita in US dollars and its share in world GDP.

The substantial real appreciation of the naira over the last year appears uncorrelated with macroeconomic fundamentals and is set to continue, driven by high inflation. Commodity terms of trade have deteriorated somewhat and will decline further, weighed down by lower oil prices. However, Nigeria’s real effective exchange rate has surged by around 20% since April 2018 and is now close to its high reached in mid-2016, prior to the exchange-rate devaluation in the wake of the oil-price shock.

Meanwhile, the Central Bank of Nigeria (CBN) is striving to maintain a stable nominal exchange rate through an array of unconventional and economically costly policy measures. In particular, risks stem from the central bank’s policy of attracting portfolio investments in its short-term Open Market Operations (OMO) bills through high yields and hedging instruments offered to non-resident investors at low cost, despite a wide spread between the naira and dollar interest rates. As a result, non-resident holdings of the CBN’s OMO bills soared to USD17 billion by end-August, equivalent to 40% of foreign-currency (FX) reserves at the time.

Challenges to the durability of the current policy setting are underscored by increasingly complex regulatory measures taken by the CBN to reconcile its competing objectives of attracting foreign investments in OMO bills and spurring bank lending. The central bank has recently barred non-bank residents from participating in the OMO market, and separately imposed a floor on bank loan-to-funding ratios to support credit growth. Lower OMO market liquidity due to a narrower range of participants is likely to have dampened net portfolio inflows, contributing to a 12% drop in FX reserves in November from end-June to their lowest level in two years.

The current account (CA) balance has shifted to deficit from a long-standing surplus, pointing to deteriorating macroeconomic imbalances and adding to external vulnerability. Fitch expects the CA will record a deficit of 1.6% of GDP in 2019, its second-weakest level in 24 years, after a surplus of 2.6% in 2018; Fitch forecasts the CA deficit will moderate to an average of 0.7% of GDP in 2020-2021.

FX reserves will average 4.7 months of CA payments over 2019-2021, down from 6.1 months in 2018. This will still be much higher than the forecast ‘B’ median of 3.5 months, but reliance on short-term financial inflows – particularly into OMOs – for building reserves and a significant portion of reserves pledged in swaps mean that Nigeria’s liquid foreign assets offer only a modest liquidity buffer against external shocks.

Weaknesses in PFM are illustrated by rising monetary financing, a large and uncertain amount of government arrears, and a multitude of contingent liabilities on which transparency is poor. Net CBN claims on the FGN soared to an all-time high of 3% of GDP in August, equivalent to annual FGN revenues. Significant arrears continue to undermine the viability of the power sector despite large injections of funds by the CBN and the budget authorities. Domestic arrears of NGN3.4 trillion (2% of GDP), according to preliminary estimates, are being cleared through the issuance of promissory notes. This amount does not capture pension and wage arrears reportedly owed by different tiers of government.

Litigation with third parties underscoring governance shortcomings are a source of fiscal risks. This is exemplified by a recent USD9 billion (2.3% of GDP) ruling in the UK against the Nigerian government in a litigation case with a gas firm, exposing Nigeria to the risk of asset seizure, although the authorities are contesting the ruling proactively in the courts.

The debt of the Asset Management Corporation of Nigeria (AMCON) of 3.3% of GDP at end-2018 constitutes a contingent liability for the sovereign, and could rise in the context of high non-performing loans in the banking sector of 11.7% of total bank loans and an elevated proportion of restructured loans.

Low non-oil fiscal revenues are a key credit weakness, and are unlikely to improve significantly in the medium term in light of the slow progress on fiscal reforms. Public finances are highly dependent on hydrocarbon revenues, which account for 45% of GG revenues and are exposed to risks of disruption to production from vandalism or other force majeure affecting Nigeria’s aging oil infrastructure. Break-even oil prices are high, at around USD144/barrel on our estimates, and a USD10 change in oil prices around our baseline would affect the budget balance to the tune of 0.5% of GDP.

Fitch forecasts the GG deficit will deepen to 4.4% of GDP (FGN: 3.4%) in 2019 and stabilise in 2020, up from 4% (FGN: 3%) in 2018. Oil revenues will edge down as lower international prices under Fitch’s baseline will offset a rise in production volume and possibly higher royalties under new legislation.

Inflation is high and poised to accelerate. Fitch projects it will average 13% in 2020-2021 from 11.3% in 2019, well above the forecast ‘B’ median of 5% and inflation rates in Nigeria’s main trade partners. The acceleration will be driven by a host of recently enacted policy measures which will compound price pressures from exogenous cost-push factors. These measures include the upcoming raise of the VAT rate, significant salary increases following the 66.7% hike of the minimum wage in April, as well as the recent closure of land borders to foreign trade and tightening restrictions on FX financing for a wide range of imports.

The medium-term economic outlook is subdued. Fitch projects an average GDP growth of 2.4% in 2019-2021, well below the ‘B’ median of 3.4% and the five-year average demographic growth rate of 2.7%. The prospects for supply-side, fiscal and exchange-regime reforms that could tackle the major constraints for Nigeria’s credit profile are weak, as reflected by the record in recent years. Emerging rivalries within the ruling APC party, possibly sparked by early dissensions over the 2023 succession to president Buhari, could hamper policy-making.

Fitch’s proprietary SRM assigns Nigeria a score equivalent to a rating of ‘B’ on the Long-Term Foreign-Currency (LT FC) IDR scale.

In accordance with its rating criteria, Fitch’s sovereign rating committee decided not to adopt the score indicated by the SRM as the starting point for its analysis because the SRM output has migrated to ‘B’ from ‘B+’, but in our view this is potentially a temporary deterioration.

Assuming an SRM score equivalent to a rating of ‘B+’, Fitch’s sovereign rating committee did not adjust the output from the SRM to arrive at the final LT FC IDR.

Fitch’s SRM is the agency’s proprietary multiple regression rating model that employs 18 variables based on three-year centred averages, including one year of forecasts, to produce a score equivalent to a LT FC IDR. Fitch’s QO is a forward-looking qualitative framework designed to allow for adjustment to the SRM output to assign the final rating, reflecting factors within our criteria that are not fully quantifiable and/or not fully reflected in the SRM.

The main factors that could collectively or individually lead to a rating downgrade are:

– Rising risks of disorderly or abrupt adjustment of the exchange rate under the current policy framework;

– Failure to achieve a sustainable fiscal consolidation, leading to a marked rise in the ratios of government debt and interest payments fiscal/revenues

– Worsening of the political and security environment that significantly disrupts oil production or economic activity for a prolonged period.

The main factors that could collectively or individually lead to stabilising the Outlook are:

– Stronger growth outlook, for example due to progress on the implementation of structural reforms and macroeconomic policy adjustments.

Commodity prices and global economic trends are assumed to develop as outlined in Fitch’s most recent Global Economic Outlook, published in December 2019.

Nigeria does not publish consolidated fiscal data on a general government basis, which complicates the assessment of fiscal performance. Fitch produces its own estimates for general government fiscal metrics based on disaggregated data on federal, state and local government revenue, spending and debt published by the Nigerian National Petroleum Corporation (NNPC), the CBN, the Debt Management Office (DMO), the Budget Office of the Federation (BOF), the National Bureau of Statistics (NBS) and the Office of the Auditor General for the Federation (OAGF).

Nigeria has an ESG Relevance Score of 5 for Political Stability and Rights as World Bank Governance Indicators have the highest weight in Fitch’s Sovereign Rating Model. Insecurity causes disruptions to the economy while deep regional divisions constrain policy-making. This is highly relevant to the rating, and a key rating driver with a high weight.

Nigeria has an ESG Relevance Score of 5 for Rule of Law and Institutional and Regulatory Quality, as World Bank Governance Indicators have the highest weight in Fitch’s Sovereign Rating Model. This is highly relevant to the rating, and a key rating driver with a high weight.

Nigeria has an ESG Relevance Score of 4 for Human rights and Political Freedoms, as the Voice and Accountability pillar of the World Bank Governance Indicators is relevant to the rating and a rating driver.

Nigeria has an ESG Relevance Score of 4 for Creditors Rights as willingness to service and repay debt is a rating driver for Nigeria, as for all sovereigns. 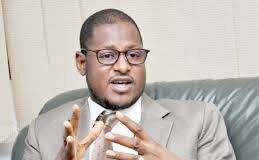