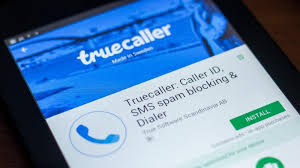 Truecaller, one of the world’s largest caller-identification system, is trialing financial service products ahead of a possible stock-exchange listing.

This year, the Swedish company started a pilot program to provide credit to small business owners in India and will begin offering the service to some of its 140 million users in the country early next year, Chief Executive Officer Alan Mamedi said.

About 20 million of its users are small business, and the company will extend credit to them by way of financial partners. The move should bolster the preparedness of the company, formally known us True Software Scandinavia AB, for an initial public offering by 2022, Mamedi said.

“In three years, revenue from subscriptions, advertising and fintech will be equal in size for Truecaller,” the CEO said in an interview at the company’s Stockholm offices. “In a market where very few are banked and digitalized, there’s a large potential.”

Truecaller is following a similar path to Tencent Holdings Ltd.’s WeChat, which built its dominance in messaging before adding features including dating services, gaming and payments. Truecaller was initially aimed at providing information about incoming telephone calls, but has added messaging and call functionality, and in 2017 started offering mobile payments in India.

While Indian law prevents the company from charging for payments, the initiative helped the launch of an ad-free subscription service. Paid subscribers now represent about 30% of Truecaller’s revenue, which is set to almost double to more than 300 million Swedish kronor ($32 million) this year, Mamedi said.

The company has also started offering businesses the option of setting up profile pages with details about their offerings, opening hours and other information.

“There’s a lack of a trusted directory for businesses in India, as well as in many other emerging markets,” Mamedi said. “Before we enabled business profiles, people were very creative, using Photoshop to add images from stores to profile pictures and adding quotes from customers.”

The bulk of Truecaller’s 200 million active users and more than half of its 230 employees are based in India.

“In the first half of 2020 we will launch Truecaller Pay in Nigeria, before expanding to other African markets,” Mamedi’s chairman and co-founder Nami Zarringhalam said. 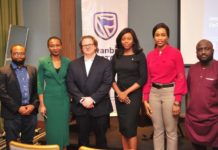 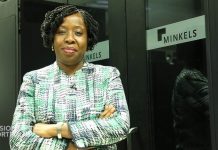