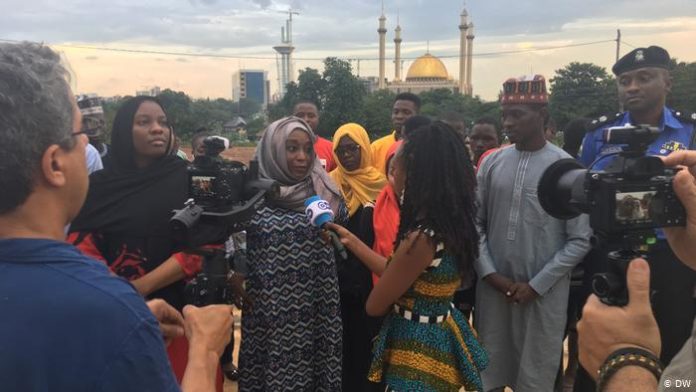 The Sultan of Sokoto, Nigeria’s premier Islamic traditional ruler, has banned the #ArewaMeToo campaign in Sokoto state. The movement is a northern Nigeria spinoff of the international #MeToo movement. Following the ban there have been allegations that the police have assaulted two women’s rights activists.

Sokoto state is socially conservative and predominantly Muslim. The sultan’s ban of a feminist movement is no surprise; the real news is that #ArewaMeToo was established in the first place, though the number of its supporters is very small, according to the media. The media is also reporting without confirmation that #ArewaMeToo received assistance from the British Council, the European Union, and the U.S. embassy. Such unconfirmed reports are likely to feed northern suspicion of outside, secular forces
Northern Nigerian Islam makes no distinction between religious and secular authority, making the sultan a powerful personage, even if he is unrecognized by Nigeria’s secular constitution. Unlike some other traditional rulers, the sultan serves as a bridge between the modern world and his more conservative and traditional subjects. Before his enthronement, the sultan was a professional military officer, serving as Nigeria’s defense attache in Pakistan and Afghanistan. The sultan has been active in peace and reconciliation work and has excellent relations with Christian leaders, but the scope of his work is limited by the conservative outlook of his subjects. It is hard to imagine that he could tolerate, let alone support, a feminist movement such as #ArewaMeToo.