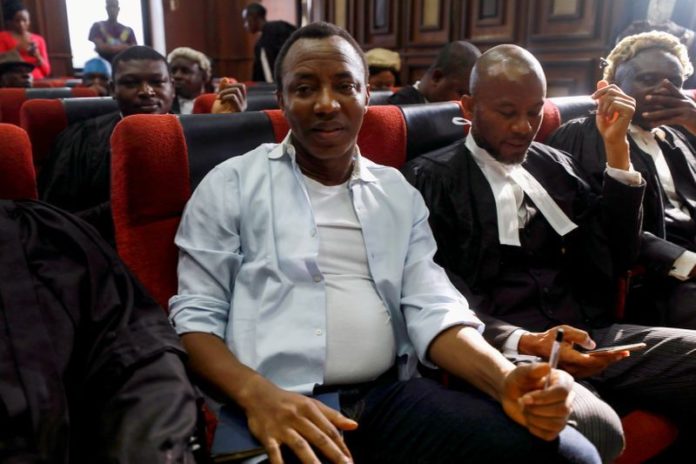 Nigeria’s Vice President, Yemi Osinbajo, has subtly condemned the SSS invasion of a court and re-arrest of Omoyele Sowore, by declining to receive an anti-corruption award days after the incident.

Mr Osinbajo, a law professor and Senior Advocate of Nigeria, has been criticised by many Nigerians for not commenting publicly on the Friday invasion of an Abuja Federal High Court by operatives of the State Security Service.

In what can be considered his first public statement on the matter, Mr Osinbajo told the Wole Soyinka Centre for Investigative Journalism (WSCIJ) that he could not receive an award he had been given, few days after the court fiasco.

“… in view of the developments on Friday in the Sowore case, I think it would be insensitive and inappropriate to attend the ceremony,” Mr Osinbajo wrote to the award organisers on Sunday.

Mr Osinbajo had been named as the recipient of the Integrity Specialty of the Anti-Corruption Defender Award for his “invaluable work of overhauling the Lagos State Judiciary, facilitating far-reaching reforms in the administration of justice in the state, his work of promoting integrity in the civil society and business in Nigeria and his consistency as a strong voice for promoting integrity in the country.”

However, in a message to the organisers of the award, Mr Osinbajo said though he accepts the award, he could not receive it at this time for two reasons.

“The award, I note, is for our Justice reform efforts in Lagos State. I had accepted the award with pride on behalf of the excellent Justice Sector team we had.

“However, two reasons explain my absence. First is that I am currently in Abu Dhabi for an international meeting under the auspices of the government of the UAE where I am the keynote speaker.

“Second, in view of the developments on Friday in the Sowore case, I think it would be insensitive and inappropriate to attend the ceremony,” the vice president said.