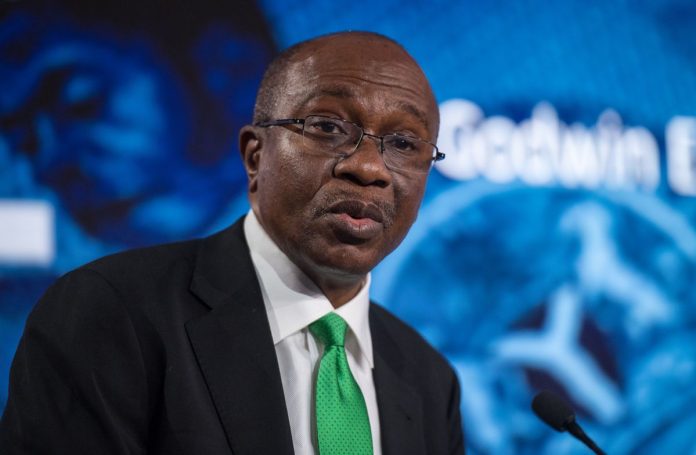 The Monetary Policy Committee (MPC) of the Central Bank of Nigeria (CBN) yesterday rose from its last meeting for the year with a call on the federal government to launch institutional reforms through policies that would automate day-to-day processes of key revenue generating and security agencies as a way of stemming smuggling, kidnapping and the migration of terrorists into the country.

It also urged the federal government to reconsider the proposed $57 per barrel benchmark price for oil in the 2020 budget and focus on building fiscal buffers.

In addition, it supported the sustained closure of Nigeria’s land borders.
CBN Governor, Mr. Godwin Emefiele, read the communiqué containing these resolutions to journalists at the end of the two-day MPC meeting in Abuja.

He said: “On the fiscal sector, the committee identified the need for institutional reforms through policies that would automate day-to-day processes of key revenue generating and security agencies such as the Nigerian Customs. This would provide additional advantage of stemming smuggling, kidnapping and the migration of terrorists into the country.”

The committee, he stated, noted the lull in the futures market, suggesting that prices would remain relatively weak into the foreseeable future.
“The committee, therefore, urged the federal government to reconsider its 2020 budget oil price benchmark of US$57 per barrel to build fiscal buffers,” he added.

Giving further insight into the committee’s decisions, Emefiele said it welcomed the improvements in output growth in the third quarters of 2019, noting that the current direction of the Purchasing Managers Index (PMI) suggests stronger growth in the fourth quarters.
It, however, re-emphasised the need for diversification to strengthen the productive base of the economy and reduce dependence on oil.

According to the committee, diversification has become necessary now that Nigeria has signed the African Continental Free Trade Agreement (AfCTA) and to achieve this, the federal government should continue to improve the investment climate and ease of doing business to attract Foreign Direct Investment.
“Particularly, government should, as a priority, improve conditions for global auto manufacturers, including for aviation and rail industries to invest in the country,” he said.

The committee also commended the expansion in manufacturing output, noting that it was a direct fallout of the policy on loan-to-deposit ratio (LDR), which Emefiele said had made phenomenal impact as banks’ lending to the real sector hits N1.1 trillion between June when it was introduced and October.

The committee called on the government to urge the Pensions Commission to improve the prudential requirements for pension funds to refocus their investment portfolio away from their traditional choice of government securities in favour of other viable long-term investments in real estate, manufacturing and agriculture; and indeed infrastructure.

“Moreover, the committee called for strong visibility of fiscal and structural policies to improve infrastructure and investment conditions in the economy. It expressed strong optimism that the current policies of the bank (CBN), in a regime of solid fiscal and structural policy support, would yield strong dividends in closing the current negative output gap in the medium to long term, and place the economy on a sustainable and self-sufficient path of output growth,” the MPC said.

As a key pillar of economic diversification, the MPC directed the attention of the fiscal authorities to the immense potential of the gas sub-sector and the urgency to encourage horizontal integration through private sector participation.

This, the committee said, would improve domestic power supply and export earnings.
On price developments, the committee considered the moderate uptick in headline inflation in October, attributing it partly to an expected temporary shortfall in food supply because of the recent land border closure and rise in demand as the festive season approaches.
Although it noted that the price increase was not unexpected, the committee believed that the medium-to-long-term benefits far outweigh the short-term cost.

Consequently, it noted the need to drive down food prices through increased support for local production of staples foods, including rice, fish, poultry, palm oil, and tomatoes, among others.
It also urged the government to follow through with a sustainable policy on backward integration in the milk industry and other priority sectors of the economy.
On the impact of the recent closure of Nigerian land borders on domestic food prices, the committee said any upward price movement arising from the closure was reactionary and therefore temporary.

According to the MPC, significant investment has been made over the last three years to sustainably increase domestic food supply, citing some of the key initiatives in this direction to include: the Commodity Development Initiatives, designed to finance the agricultural value chain of 10 commodities, including cassava, cocoa, cotton, rice, tomato, poultry, livestock and dairy, fish, oil palm and maize, which received N171.66 billion in funding.

The committee noted the lull in the futures market, suggesting that oil prices would remain relatively weak into the foreseeable future, and therefore urged the federal government to reconsider its 2020 budget oil price benchmark of US$57 per barrel to build fiscal buffers.

The committee was confident that despite the weaknesses from the external sector, efforts to ramp up domestic production, through several measures by both the monetary and fiscal authorities, would douse the adverse effects on the domestic economy in the medium term, through the reduction of importation of food and other commodities.

In its consideration to retain the key policy rates , the MPC noted the positive outcome of actions already taken by the CBN. These actions include: current policy on loan-to-deposit ratio, which has resulted in loans and advances rising by over N1.1trillion between June and October.

It further noted that these actions had assisted in boosting credit to the agricultural and manufacturing sectors, hence, the positive outcome on the gross domestic product (GDP) of 2.28 per cent in the last quarter.
“The MPC is hopeful that the LDR initiative must be sustained as interest rates being paid by borrowers have so far dropped by up to 400 basis points between June and October 2019.

These have happened with corresponding decline in NPLs to 6.5 per cent at end-October 2019. The MPC is, therefore, of the view that sustaining the MPR at its current level is crucial for better understanding of the unfolding impetus of growth before deciding on any probable variations. “The MPC also feels that holding its current policy position offers pathways for appraising the effect of the heterodox policies to encourage lending by the banking industry without varying the policy rate as the downside risk to growth and caution on inflation looks stable.

“The MPC is also of the view that the improvements in the macroeconomic indicators such as the GDP, NPLs (non performing loans), CAR (Capital Adequacy Ratio), and the LDR Loan-to Deposit Ratio), suggest that current monetary policy stance is yielding results.

“It therefore, feels that maintaining the current stance would be necessary in order to sustain the improvements. In view of the foregoing, the committee decided by a unanimous vote to retain the Monetary Policy Rate (MPR) at 13.5 per cent and to hold all other policy parameters constant for the Cash Reserve Ratio (CRR) at 22.5 per cent, Liquidity Ratio (LR) at 30 per cent, and the Asymmetric Corridor at +200-500 basis points around the MPR .

Responding to questions, Emefiele said the MPC discussed extensively on inflation, adding that it was discovered that food inflation is rising while core inflation is dropping. He called for more serious attention to food inflation as the rise in food inflation occasioned by the action is reactionary and temporary.

But he noted that the negative fallout of the border closure, which is rising price is reactionary and can only be temporary.
To address the situation, he said attention should be paid to output as increased food production would moderate prices.

Irrespective of the temporary adverse consequences of the closure, Emefiele urged the federal government to sustain the action and ensure that the period is exploited to generate employment and ramp up domestic output.

Reacting to the issue of declining foreign direct investment inflows (FDIs) into the country, he attributed the development to effects of the global market, stressing that Nigeria is not an isolated case as other emerging markets are similarly affected.
He urged fiscal authorities to address structural efficiencies militating against ease of doing business in order to encourage foreign investors. 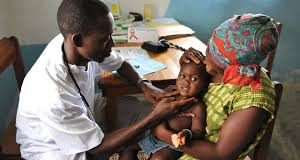 Nigeria’s healthcare system remains poorly funded with about 3.5 per cent...