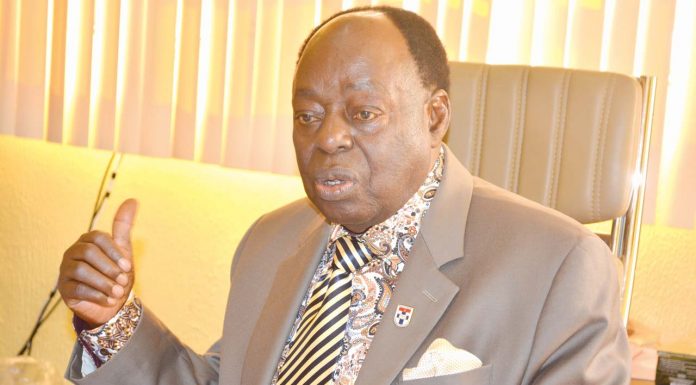 The much touted hate speech Bill being proposed by the Senate Wednesday received another vituperation, as a legal luminary, Chief Afe Babalola (SAN), described it as a slide into dictatorship.

Babalola, founder of Afe Babalola University, Ado Ekiti (ABUAD), said it was needless and unwarranted for anyone to contemplate another law to deal with false publications, when there were laws already promulgated to take care of such situation.

The bill, sponsored by the Deputy Chief Whip, Aliyu Abdullahi, has passed the first reading at the Senate, prescribing death penalty for anyone found guilty of spreading falsehood that led to the death of another person.

Babalola spoke at ABUAD in Ado Ekiti when the leadership of the Nigeria Union of Journalists (NUJ), Ekiti chapter, led by its Chairman, Rotimi Ojomoyela, presented an award of excellence to the legal icon to appreciate his contributions to humanity and national development.

The legal icon noted that the provisions of the proposed bill in its entirety clearly contravene section 39 of the 1999 constitutions, which guarantee freedom of speech.

Lampooning the champions of the bill, Babalola said: “This is the beginning of dictatorship. There are enough laws like defamation, libel and slander to deal with anybody who publishes falsehood against someone and it comes by way of taking the person to court.

“Though people are complaining because the police are not doing well by delaying prosecution of offenders.”

Speaking about the emasculation of the country’s judiciary, Babalola said nothing good can come of the temple of justice in an environment where judges were being intimidated.

“The Department of State Services did irreparable damage to courts the very day houses of judges were ransacked at night because no judge will give judgment against a government when he has the impression that his house will be searched at night,” he stated.

He urged the federal government to focus attention on the rehabilitation of the dilapidating federal roads in Ekiti, saying all the roads in the state are in bad shape.

“Ekiti has four major federal roads — Ado-Ijan-Ikare, Ado-Ikere-Akure, Ado-Otun, and Ado-Aramoko-Efon. Bad enough, all of them are in bad shape. Some have even cut off like the one at Erio,” he said.

On the strategic position occupied by ABUAD as an institution and the 400-bed multi system Afe Babalola Teaching Hospital, Babalola said: “A white man came to assess my university a while ago and that hospital.

“After that tour, the man was impressed that he asked whether the owner is a Nigerian or not and when he was told that I am a Nigerian, the man said that if that was true, then there is hope for Nigeria. We must all make sacrifices to make our country great,” he said. 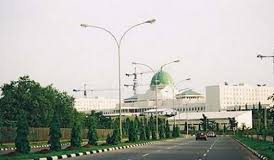