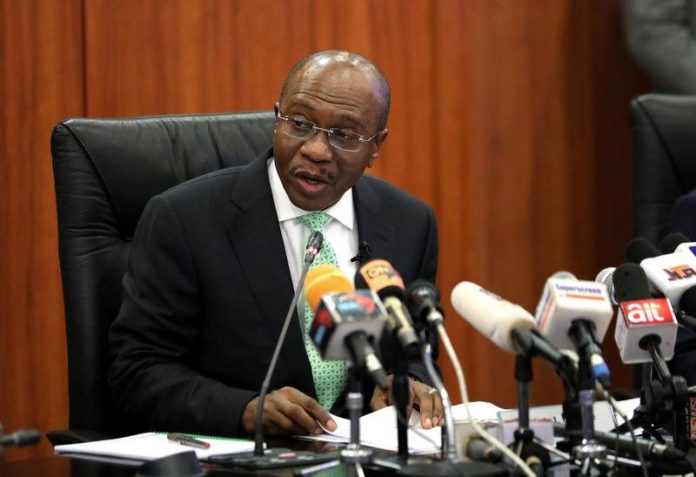 Nigeria’s central bank is likely keep its rate on hold for a fourth meeting even as inflation jumped to a 17-month high.

That’s as policy makers look for ways to jump-start an economy projected to grow just 2% this year. Governor Godwin Emefiele has said the bank won’t consider cutting rates before inflation slows to the 9% ceiling of the target band.

“The bank is focusing more on growth than inflation and currency at the moment,” said Wahab Mustapha, an analyst with Cordros Securities.

Naija247news.com earlier reported that Annual inflation was 11.61% in October, up from 11.24% in September, the National Bureau of Statistics said on Monday — the highest rate since May 2018. Consumer inflation had dropped to it lowest in almost four years in August.

A separate food price index showed inflation at 14.09% in October, compared with 13.51% a month earlier.

“This rise in the food index was caused by increases in prices of meat, oils and fats, bread and cereals, potatoes, ham and other tubers, fish and vegetables,” the statistics office said in its report. “The rise in food inflation does suggest that border closures may have played a part in temporarily pressuring prices higher,” said Razia Khan, chief economist for Africa and the Middle East at Standard Chartered.

Shoppers at a market in the capital, Abuja, told Reuters the price of many food items, particularly rice, had risen in the last few weeks.

“Food items are very expensive in the market. When you go to a store they will tell you that is because the border is closed,” said housewife Naomi Nguher, who said she was given this reason for high rice prices at four different shops.

Sherifat Ajala, a rice wholesaler in the commercial capital Lagos, said Nigeria’s bad roads were delaying the transportation of the grain, further preventing the supply from meeting high demand.

“Trucks will spend almost two or three weeks on the road before they bring the rice,” he said.

Last week the West African country, along with neighbouring Benin and Niger, agreed to set up a joint border patrol force to tackle smuggling between the nations after a meeting between their foreign ministers.

The central bank is due to set its benchmark interest rate next Tuesday. The bank, which has targeted single-digit inflation, held its main interest rate at 13.5% at its last meeting, in September.

Earlier in the month a deputy governor of the Central Bank of Nigeria (CBN) and a member of the Monetary Policy Committee (MPC), have expressed fears that the persistent fall of Nigeria’s external reserves in recent times may induce exchange rate crisis and trigger capital outflows from the country.

Joseph Nnanna and Robert Asogwa, deputy governor in charge of economic policy and an MPC member respectively, expressed fears in their personal statements at the last meeting of the MPC seen by Naija247news

Nigeria’s excess crude account
Nigeria’s excess crude account stood at $324.54 million as of November 20, the accountant general said on Thursday.
Reviewing the external reserves movement, Nnanna said external reserves had trended downwards in recent months, declining from US$43.971 billion as at July 31, 2019 to US$ 41.79 billion as at September 16, 2019 or by US$ 2.181 billion or 4.9 percent.

“More importantly, the level of reserves has implications for capital inflows and outflows. A weakened net capital inflows position, due to weakening oil prices and external reserves position is helpful to exchange rate stability or the easing of monetary policy stance.

“This thus suggests the need to avoid monetary policy responses that could worsen the capital flows position and, hence external reserves and exchange rate stability,” Nnanna submitted at the last meeting of the MPC.

Asogwa, in his submission, explained that some considerable pressures still exist as the conditions of external reserves and current account balance seemed to have worsened in between the MPC meetings.

The oil savings account, which holds dollar reserves from sales of crude above the assumed benchmark price, contained $1.92 billion as of June 2018.

“CBN staff report shows that gross external reserves as at end of August 2019 declined by 4.7 percent when compared to the levels at end July and there are expectations of additional declines by the fourth quarter of 2019.

“There are, however, fears that this declining trend in external reserves may affect exchange rate stability in the near future,” he said.

The country’s foreign reserves, which saw a remarkable surge in 2018, following improved oil prices, and hitting $47.8 billion in June, has begun to take a downward turn due to shocks from the US market.

“Given the increase in inflation, we now expect that policymakers will leave their key rate on hold,” John Ashbourne, senior emerging markets economist at London-based Capital Economics, said in a note on Monday. 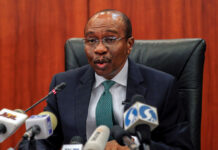 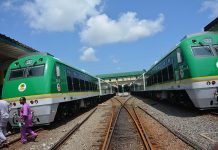