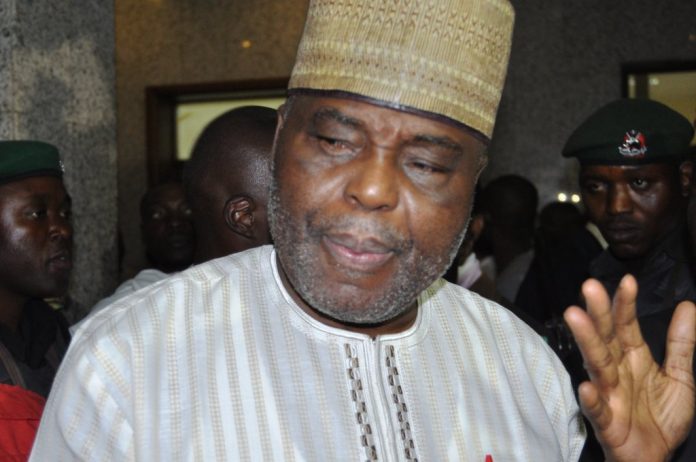 The judge, who ruled that Mr Dokpesi had previously been granted leave to travel abroad, said he had always complied with the bail conditions.

The News Agency of Nigeria (NAN) reports that Mr Dokpesi, through his lawyer, Kanu Agabi, SAN, had filed an application dated October 28.

The application sought for court order for the release of his international passports in custody of the deputy chief registrar of the Federal High Court, Abuja, in compliance with the bail conditions to allow him travel to the American Hospital, Dubai; London Hospital in the UK and to Liberia to attend his honourary award by the Liberian government on December 8.

According to the motion, in March 2019, the 1st defendant/applicant underwent two major heart surgeries.

“To ensure that the 1st defendant/applicant is healing properly and that there are no major side effect and complications, he was advised by his doctors to return to the American Hospital, Dubai, for follow up check-up in regularly.

It said Mr Dokpesi was advised by his physician to return to American Hospital and proceed to London Hospital for a second opinion.

“Leave of this honourable court will also be required to enable the 1st defendant/applicant visit his wife in Poland,” the application added.

Counsel to the defendant, Barth Oluohu, who urged the court to grant the prayer, said since the commencement of the case, Mr Dokpesi had never been absent from trial, “thereby showing his disposition to attend his trial.”

Mr Oluohu, who held brief for Mr Agabi, also appealed to the court for the inability of the team of the defendant’s counsel to open their defence.

“Though the matter is slated for defence, My Lord, we are sorry we can’t complete our defence today.

“The reason is the lead counsel, Chief Kanu Agabi, SAN, intends to carry out the defence himself considering the high profile nature of the matter,” he said.

The lawyer explained further that Mr Agabi could not come to the court because he went to the Court of Appeal on election petition tribunal case.

He told the judge that the prosecution counsel was already informed that the team would not be able to commence the defence based on this ground.

“We also begged him that in the next adjourned date, we will not disappoint him,” he said.

On his part, the prosecution counsel, Oluwaleke Atolagbe, who earlier told the court that the case was for defence and that he was ready, strongly opposed Mr Dokpesi’s applications to travel abroad and for an adjournment.

Mr Atolagbe said the defendant had not shown any good faith for the court to grant him application to travel oversea.

“The record of the court shows that the prosecution closed his case in May 2018.

“Thereafter, instead of the defendant to open their defence, they decided to file a no-case submission.

“In November 2018, this court delivered a well-considered ruling where the court dismissed the application of a no-case submission and directed the defendant to open their defence.

“About a year down the line, the defendant still refused to open their defence,” he argued.

He said while adjournment was primarily at the discretion of the court, “we submit that such discretion must be exercise judicially and judiciously.”

He said Mr Agabi had qualified lawyers in his team who can take up the defence.

Mr Oluohu, who responded that they had a very strong defence in the case, said election petition case is time bound.

Mr Tsoho, who granted Mr Dokpesi’s requests, adjourned the matter till January 21, January 22 and January 23 for the defendant counsel to open their defence.

The Economic and Financial Crimes Commission (EFCC) had re-arraigned Mr Dokpesi, before Mr Tsoho on a seven-count charge bordering on alleged N2.1 billion payments from the Office of the National Security Adviser, Sambo Dasuki, in 2015.

The defendant had earlier been arraigned before the court on a six-count charge.

When the seven amended charges were read to him, Mr Dokpesi pleaded not guilty.