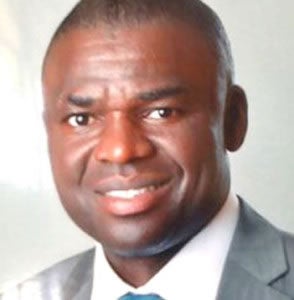 Edo State Deputy Governor, Mr Philip Shaibu, on Monday described the Saturday attack on Governor Godwin Obaseki, the Oba of Lagos and others as the deliberate design of the All Progressives Congress National Chairman, Adams Oshiomhole.

Recall that on Sunday, Oshiomhole alleged that the deputy governor mobilised over 200 commercial motorcycle riders (Okada riders) and thugs to the venue of the convocation of the Edo University, Iyamho to embarrass him and his guests.

Oshiomhole alleged the whole essence of the attack on him was to create an impression that he was no longer popular at home.

But a statement issued by the Chief Press Secretary to deputy governor, Mr Musa Ebomhiana, denied the allegation.

He said, “In fact, the deputy governor was himself a victim of the Saturday attack considering the fact that he was actually in the same bus with the governor, Oba of Lagos and other dignitaries

“I see this as clearly a case of entrapment, because the national chairman invited them to his house knowing very well that he had prepared for them an attack by his political infantry as the statement dished out at the Sunday press conference did not add up,” he said.

The deputy governor claimed the simple truth was that the national chairman felt offended and intimidated by the huge crowd of party youths that came out in solidarity with the governor.

“He then decided to teach the governor and his deputy a lesson by organising those misguided elements to take up arms against the state. He should be courageous enough to own up to his design.”

Musa described the deputy governor as a man of peace and honour, who had never been associated with thuggery or violence.

“As much as I would not want to banter words with our highly respected national chairman, Nigerians know better between him and the Edo State deputy governor who has thugs as associates.”

Meanwhile, the Edo Peoples Movement, a group in the All Progressives Congress in Edo State, has asked Obaseki and his deputy to apologise to Oshiomhole.

The EPM in a statement signed by its convener and former commissioner for justice and attorney general of the state, Henry Idahagbon, said, “We are wondering what could the governor and his deputy be looking for at the residence of the national chairman if not trouble because they were never invited for lunch. The incident at the gate of the national chairman was masterminded by the state government so as to give Oshiomhole a bad image.

“Unfortunately, the deputy governor, who was battling to impress his boss in an area where he is not popular, resorted to use thugs to intimidate members of the community. These people have embarrassed our party, the APC, enough and we are giving them seven days to apologise to Oshiomhole or we will move for their suspension from the party.”

Another group, the Afemai Youth Vanguard, a socio-cultural group in Edo North Senatorial District of Edo State, also on Monday decried what it described as the persistent threat on the life of their son, Adams Oshiomhole. 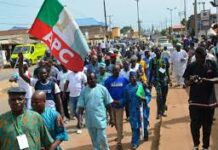 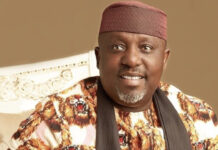 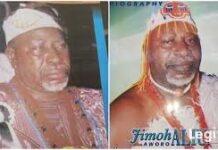 APC NWC Dissolutions: I don’t have regrets of what I did...